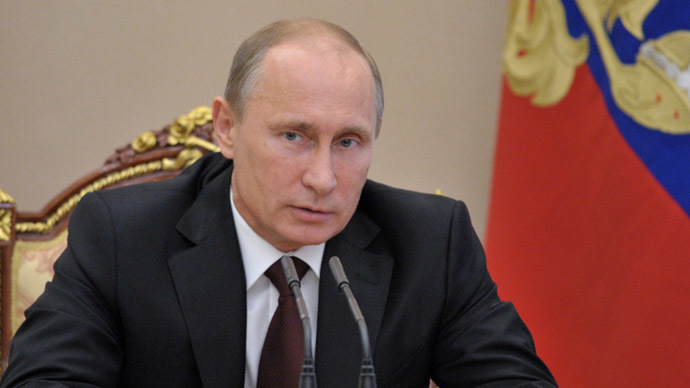 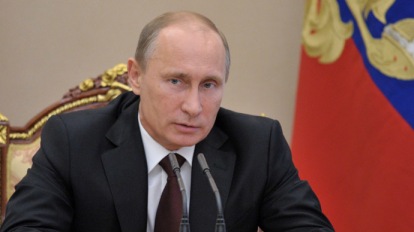 In another controversial step, Putin also signed a bill imposing jail terms and fines on those who offend religious believers, seen as a response to last year’s anti-Putin stunt by the punk band Pussy Riot in a Moscow cathedral.

Rights activists and Western governments have criticised both bills as part of an unprecedented crackdown on dissenting voices after Putin returned to the Kremlin last year.

The anti-propaganda law introduces fines of up to 5,000 rubles ($156) for citizens who disseminate information aimed at minors “directed at forming nontraditional sexual setup” or which may cause a “distorted understanding” that gay and heterosexual relations are “socially equivalent”, the official publication of the bill showed.

Opponents have called the bill homophobic and so vaguely defined that it would inevitably be used arbitrarily and stir anti-gay sentiment in the country. However, it sailed through parliament and Putin had promised in advance that he would sign it.

The fines go up to as much as 200,000 rubles ($6,250) for officials if such “propaganda” is disseminated through the media or Internet.

Foreigners will not only be fined but face administrative arrest up to 15 days and eventual deportation, the law says. Organisations face fines of up to one million rubles and a shutdown of their activity for 90 days.

Earlier this week Putin denied the law’s anti-gay nature. “We are talking about protecting children from the respective information,” he said.

“We ask that (other countries) do not interfere in our regulation,” he added.

Russian gay activist Nikolai Alexeyev called the law a “historical mistake” that will be appealed in the European Court of Human Rights.

“History will prove that (Putin) made a mistake that the future generations are unlikely to forgive,” he said in a statement published on Gayrussia.ru.

The other bill signed into law by Putin targets religious offenders and promises to punish actions “demonstrating disrespect to society and done with the goal of offending the believers’ religious feelings”.

The bill imposes fines and jail terms of up to three years for people who insult believers, with the harshest punishment reserved for offensive actions carried out in places of worship.

Among the punishments to be meted out for the transgressions are compulsory community service and forced labour.

Three female Pussy Riot members were last August convicted of hooliganism motivated by religious hatred for their performance of a “punk prayer” in which they asked the Virgin Mary to “drive Putin out” ahead of his reelection for a third term.

Two of the women, Nadezhda Tolokonnikova and Maria Alyokhina, are now serving two year sentences in faraway penal colonies, while the third, Yekaterina Samutsevich, was released on appeal with a suspended sentence.

A poll by independent Levada Centre in April showed that 39 percent of Russians believe that gays and lesbians should have the same rights as heterosexuals, while 47 percent disagreed.

This represented a more conservative trend than a poll from 2005 where figures showed 51 percent for and 35 percent against.

Forty-five percent meanwhile said they believe people become homosexual “because of seduction or of their own licentiousness”.