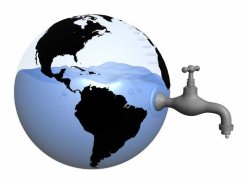 [Water is key to life! Without fresh water we are doomed! Through pollution, climate change, and over-consumption, fresh water is becoming more and more scarce.  In the article below we can see how the oppressed in India have mistakenly turned against each other in the fight for water. It is important that the oppressed maintain unity with each other over something as imperative to life as water rights.  It is the Capitalists and Imperialists that have caused the coming cataclysm. In fact, the struggle over water in India goes back to English Imperial policy of the 19th century. Leading Light Communists are committed to preserving our common home, especially precious water for the continued survival of ourselves and other living things. -El Condor]

Why water war has broken out in India’s Silicon Valley

Violence has broken out in India’s technology hub Bangalore in Karnataka state over a long-running dispute about water. Protesters are angry at a Supreme Court ruling ordering Karnataka to share water from the Cauvery river with neighbouring Tamil Nadu. TS Sudhir reports on the latest crisis.

On Monday afternoon, a school bus was stopped in the Banashankari area in southern Bangalore.

The 15-odd students, aged between 10 and 14, were stunned. Their school had asked them to leave early because the situation was tense, with violence and arson breaking out in many parts of the city.

“Luckily the driver handled it tactfully. He told the intruders that everyone was a native of Bangalore and that their families supported Karnataka on [water sharing with] Cauvery,” said a parent, not wanting to be identified.

By dusk, dark smoke had filled the Bangalore skies. Some 35 buses had been set on fire by protesters, just because the buses belonged to a travel agency whose owner is Tamil.

Earlier this month India’s Supreme Court ruled that Karnataka must release 12,000 cubic feet of water per second to Tamil Nadu from the Cauvery river until 20 September. Both states say they urgently need the water for irrigation and a battle about access to it has raged for decades.

Karnataka says water levels in the Cauvery have declined because of insufficient rainfall – 42% of the 3,598 irrigation tanks in the state are dry – and that it cannot therefore share water with Tamil Nadu. So Tamil Nadu went to the top court demanding 50,000 cubic feet of water per second.

When the Supreme Court on 2 September asked Karnataka to “live and let live”, the state softened and offered to release 10,000 cubic feet of water per second to Tamil Nadu every day for five days.

This would mean that nearly a quarter of the water now available in the Cauvery basin will flow into Tamil Nadu.

But even farmers in Tamil Nadu are unhappy with their share.

Feeling let down by the top court’s order, Karnataka is boiling.

The main city of Bangalore is the worst affected: the violence in the technology hub forced the closure of many offices and much of the public transport system. Police have imposed an emergency law that prohibits public gatherings, and more than 15,000 officers have been deployed across the city.

One person was killed when police opened fire on protesters on Monday evening. Buses and trucks bearing Tamil Nadu number plates have been attacked and set on fire. Schools and colleges are closing early and many businesses are shut.

A group of activists belonging to a fringe pro-Karnataka group assaulted an engineering student because he had ridiculed Kannada film stars for supporting the strike on Friday, by posting memes on Facebook. The student was hunted down and forced to apologise.

Across the border, in Tamil Nadu, petrol bombs were hurled at a popular restaurant owned by a resident of Karnataka in Chennai while the driver of a vehicle with Karnataka number plates was slapped and ordered to say “Cauvery belongs to Tamil Nadu”.

The latest violence brings back memories of the anti-Tamil riots in Bangalore in 1991 over the same issue.

Then, some 200,000 Tamils were reported to have left the city, after incidents of violence and arson targeting them.

There was a proposal in 2013 to set up a panel comprising representatives from the two warring states to resolve disputes over river water sharing.

But successive governments have dragged their feet on this, and the two leaders – Karnataka chief minister Siddaramaiah and his counterpart in Tamil Nadu, Jayaram Jayalalitha – have not reached out to each other to resolve the crisis. And with Delhi reduced to being a reluctant referee, the onus has fallen on the Supreme Court to crack the whip.