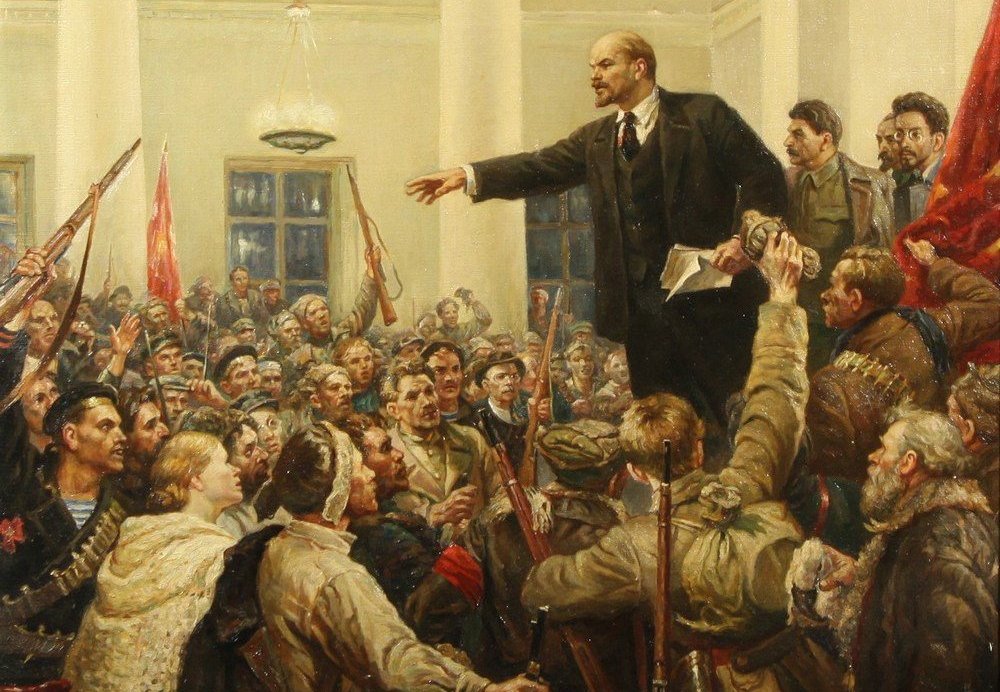 [Lenin reminds us in this 1913 article of the sinister, bourgeois, and reactionary nature of neo-Malthusianism which is a defeatist and anti-worker outlook that is antithetical to historical progress. In more recent years, adopting this extremely misanthropic stance with regard to the environment and climate change seems to be an increasing (and alarming) trend in “leftist” circles in the West, who are forgetting or failing to understand that environmental destruction, poverty, and economic crises are rooted in the imperialist nations’ problems of overconsumption and unequal wealth distribution. There is no doubt that climate change is a very real problem, but the capitalist class is more than happy to encourage people to direct their rage to where profits are not being threatened — such as at poor, working class women around the world who choose to have children, and who are often unfairly accused of contributing to “overpopulation” (a non sequitur) and of “irresponsibly” bringing children into a world full of suffering. It is high time that the Western left return to its scientific and anti-imperialist roots, and fight for a world where everyone has equal access to food, shelter, and education.  —Janelle]

The Working Class and NeoMalthusianism

At the Pirogov Doctors’ Congress much interest was aroused and a long debate was held on the question of abortions. The report was made by Lichkus, who quoted figures on the exceedingly widespread practice of destroying the foetus in present-day so-called civilised states.

In New York, 80,000 abortions were performed in one year and there are 36,000 every month in France. In St. Petersburg the percentage of abortions has more than doubled in five years.

The Pirogov Doctors’ Congress adopted a resolution saying that there should never be any criminal prosecution of a mother for performing an artificial abortion and that doctors should only be prosecuted if the operation is performed for “purposes of gain”.

In the discussion the majority agreed that abortions should not be punishable, and the question of the so-called neomalthusianism (the use of contraceptives) was naturally touched upon, as was also the social side of the matter. Mr. Vigdorchik, for instance, said, according to the report in Russkoye Slovo,[1] that “contraceptive measures should be welcomed” and Mr. Astrakhan exclaimed, amidst thunderous applause:

If the report is true that this exclamation of Mr. Astrakhan’s was greeted with thunderous applause, it is a fact that does not surprise me. The audience was made up of bourgeois, middle and petty bourgeois, who have the psychology   of the philistine. What can you expect from them but the most banal liberalism?

From the point of view of the working class, however, it would hardly be possible to find a more apposite expression of the completely reactionary nature and the ugliness of “social neomalthusianism” than Mr. Astrakhan’s phrase cited above.

… “Bear children so that they can be maimed” … For that alone? Why not that they should fight better, more unitedly, consciously and resolutely than we are fighting against the present-day conditions of life that are maiming and ruining our generation?

But how does he protest?

He protests as the representative of a class that is hopelessly perishing, that despairs of its future, that is depressed and cowardly. There is nothing to be done … if only there were fewer children to suffer our torments and hard toil, our poverty and our humiliation—such is the cry of the petty bourgeois.

The class-conscious worker is far from holding this point of view. He will not allow his consciousness to be dulled by such cries no matter how sincere and heartfelt they may be. Yes, we workers and the mass of small proprietors lead a life that is filled with unbearable oppression and suffering. Things are harder for our generation than they were for our fathers. But in one respect we are luckier than our fathers. We have begun to learn and are rapidly learning to fight—and to fight not as individuals, as the best of our fathers fought, not for the slogans of bourgeois speechifiers that are alien to us in spirit, but for our slogans, the slogans of our class. We are fighting better than our fathers did. Our children will fight better than we do, and they will be victorious.

The working class is not perishing, it is growing, becoming stronger, gaining courage, consolidating itself, educating itself and becoming steeled in battle. We are pessimists as far as serfdom, capitalism and petty, production are concerned, but we are ardent optimists in what concerns the working-class movement and its aims. We are already laying the foundation of a new edifice and our children will complete its construction.

That is the reason—the only reason—why we are unconditionally the enemies of neomalthusianism, suited only to unfeeling and egotistic petty-bourgeois couples, who whisper in scared voices: “God grant we manage somehow by our selves. So much the better if we have no children.”

It goes without saying that this does not by any means prevent us from demanding the unconditional annulment of all laws against abortions or against the distribution of medical literature on contraceptive measures, etc. Such laws are nothing but the hypocrisy of the ruling classes. These laws do not heal the ulcers of capitalism, they merely turn them into malignant ulcers that are especially painful for the oppressed masses. Freedom for medical propaganda and the protection of the elementary democratic rights of citizens, men and women, are one thing. The social theory of neomalthusianism is quite another. Class-conscious workers will always conduct the most ruthless struggle against attempts to impose that reactionary and cowardly theory on the most progressive and strongest class in modern society, the class that is the best prepared for great changes.