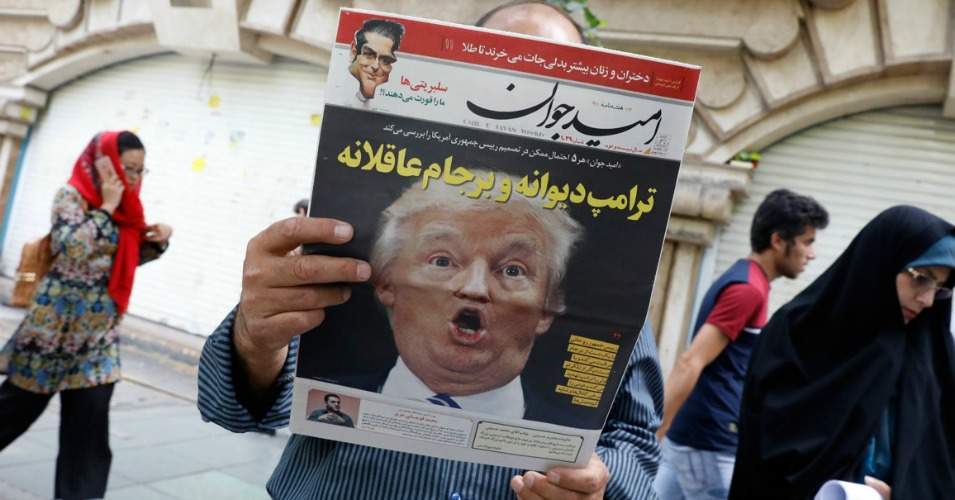 [The Leading Light Communist Organisation (LLCO) hopes countries that have managed to operate outside of US/NATO tutelage will respond to any deal or concession offered by the empire of the United States with relentless suspicion. The US is not trying to limit Iran’s nuclear programme to maintain peace and regional stability. It is trying to disarm any potential threats to US-Israeli hegemony in the Middle East.

The LLCO wishes for a world without nuclear weapons. However, as long as the imperialists threaten the world with nuclear weapons, it is necessary for the survival of states under threat of imperialism to acquire these weapons as well. Global nuclear disarmament can only come about once imperialism has been totally defeated and socialism has been established worldwide. Today, it is prudent that all countries standing in defiance of western imperialism build and maintain a nuclear deterrent to ward off imperialist aggression and secure their right to self-determination. – Dylano Williams]

On Monday, Israeli Prime Minister Benjamin Netanyahu gave his most grandiose anti-Iranian performance to date, revealing what he believed was direct proof that Iran “lied” about its nuclear program. This isn’t the first time Netanyahu has overhyped the threat of Iran’s non-existent nuclear weapons program. He has been crying wolf over Iran since as far back as 1992.

The aim of this performance is to cast doubt on the efficacy of the Iranian nuclear accord signed in 2015, officially known as the Joint Comprehensive Plan of Action (JCPOA), which

U.S. President Donald Trump has long intended to completely derail. Netanyahu, of course, is totally on board with this goal.

Following Netanyahu’s speech, the White House released a statement of its own, saying Israel’s intelligence confirms what the U.S. had already known — that “Iran has a robust, clandestine nuclear weapons program that it has tried and failed to hide from the world.” Not long after, the White House issued a second statement that changed the word “has” to “had,” appearing to suggest that Iran no longer possesses a nuclear weapons program. However, a White House official later explained to NBC News that the wrong tense was the result of a “clerical error.”

Either way, despite the uncompromising anti-Iranian narrative, the prevailing truth appears to be that Iran is in full compliance with the JCPOA, and the main officials involved — including Trump and Netanyahu — are well aware of this. In his April 12 Senate confirmation hearing, then-CIA director Mike Pompeo (who this week began his tenure as secretary of state) said he has “seen no evidence that they [Iran] are not in compliance today.”

Just last month, the State Department once again issued a report declaring that “Iran continued to fulfill its nuclear-related commitments” under the JCPOA following an ongoing pattern of the State Department even under the watch of Rex Tillerson, who essentially forced Trump to certify Iran’s compliance. Secretary of Defense James “Mad Dog” Mattis has also said Iran is “fundamentally” in compliance with the nuclear agreement.

Further, the International Atomic Energy Agency (IAEA) has also confirmed Iran’s compliance at least nine times, as have the European partners to the JCPOA and practically the entire EU.
“The deal is working, it is delivering on its main goal which means keeping the Iranian nuclear programme in check,” said Federica Mogherini, the EU’s foreign policy chief, before acknowledging that the JCPOA is “making the world safer and … preventing a potential nuclear arms race in the region.”

In fact, as the Atlantic’s Peter Beinart has explained, it is Donald Trump’s administration that is most likely violating the JCPOA — not Iran.

According to Beinart:
“The more interesting question isn’t whether Iran has been complying with the nuclear deal. It’s whether America has. American journalists often describe the agreement as a trade. In the words of one CNN report, it ‘obliges Iran to limit its nuclear program in exchange for the suspension of economic sanctions.’ But there’s more to it than that. The deal doesn’t only require the United States to lift nuclear sanctions. It requires the United States not to inhibit Iran’s reintegration into the global economy. Section 26 commits the U.S. (and its allies) ‘to prevent interference with the realisation of the full benefit by Iran of the sanctions lifting specified’ in the deal. Section 29 commits the U.S. and Europe to ‘refrain from any policy specifically intended to directly and adversely affect the normalisation of trade and economic relations with Iran.’ Section 33 commits them to ‘agree on steps to ensure Iran’s access in areas of trade, technology, finance and energy.’”

This is the interesting part. According to those sections, the U.S. has been violating the JCPOA for some time now.

As Beinart explains further:
“The Trump administration has likely been violating these clauses. The Washington Post reported that at a NATO summit last May, ‘Trump tried to persuade European partners to stop making trade and business deals with Iran.’ Then, in July, Trump’s director of legislative affairs boasted that at a G20 summit in Germany, Trump had ‘underscored the need for nations … to stop doing business with nations that sponsor terrorism, especially Iran.’ Both of these lobbying efforts appear to violate America’s pledge to ‘refrain from any policy specifically intended to directly and adversely affect the normalisation of trade and economic relations with Iran.’”

Or, take for example, sanctions imposed on Iran by the Trump administration in July of last year that targeted “procurement of advanced military hardware, such as fast attack boats and unmanned aerial vehicles, and send a strong signal that the United States cannot and will not tolerate Iran’s provocative and destabilizing behaviour,” according to a statement released by U.S. Treasury Secretary Steven T. Mnuchin.

Beinart also explains how that 22 of the deal specifically requires the U.S. to allow for the sale of commercial passenger aircraft and related parts and services to Iran,” which, as Al-Monitor revealed, “requests concerning permits to export planes to Iran have been piling up … OFAC has not responded to aircraft sales licensing requests since the first of such licenses were issued during the Barack Obama administration.”

In other words, Iran is in compliance with the JCPOA but the U.S. isn’t. Does the U.S. abide by its own rules, or should it be held to the same standards that the world has held Iran ransom to for decades?

It is nothing short of extraordinary that the only country to have ever used nuclear weapons can be the one violating an international agreement all while it consistently demonizes another state for allegedly violating the very same agreement. Why is it that the U.S. can violate the JCPOA with no consequence but Iran is demonized even as it continues to comply with it?

The problem with the JCPOA isn’t that it isn’t working; the problem for people like Trump and Netanyahu is that it is working too well.