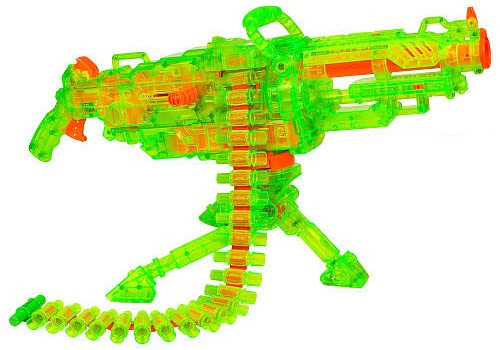 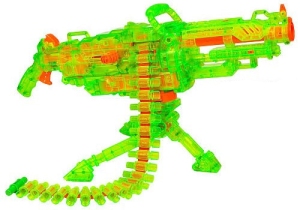 The First Worldists want a safe, comfortable world. They want a world where they have driven everything real away. They want coffee without caffeine. They want near beer. They want revolution without revolution, without violence. They want pads, cushions on everything, even the human soul. No sharp edges, only dull corners, and dull people. It’s no accident that insane asylums have padded rooms.  The system works in an insidious way.  It fills the stomach, so people in the First World have no real interest in revolution. That’s why Leading Light says there is no significant proletariat. People are just too comfortable, safe, nerfed.

Let’s look at reality: You ask someone to make revolution, you are asking them to lose their whole world. Their house might get burned down. Their kids could be killed. They themselves could be killed. People in the First World just have too much to lose. Karl Marx said the proletariat has nothing to lose but our chains. Well, First World people have far more to lose than that. They would rather keep things as they are, even if their lives are not perfect. They are comfortable enough. The system nerfs the brain. So you got a First World of zombies. You got a population that can’t think for itself. You got a population that can’t even imagine a different, better world. They are too brainwashed by TV, video games, consumerism. Everyone sits around waiting for the next gadget, imagining all the new features. It might do this or that. Maybe one day they’ll have cell phones that drive your car, or give you a blow jobs — but with a condom. They got sex dolls now for men who can’t get sex. Nerfed dating in the extreme. People can’t even think beyond their horizons about what a revolutionary, a really fulfilling life might look like. That’s because they have nerfed brains. The system has nerfed the heart too. People have no spirit. Even if people in the First World wanted to change the system, they couldn’t because they have no courage, no bravery, no sense of honor, duty, or sacrifice. Nerfed hearts.

And this is not just the condition of the average First World person, it is also the condition of First Worldist activists. Look at how they create all this whole activist culture that nerfs the intellect, nerfs the heart, nerfs just about everything. Like Leading Light says if you are a movement of “men without chests,” then you shouldn’t be surprised if you get a bunch of snitches and cowards. If you laugh at honor, courage, duty, discipline, loyalty, then don’t be surprised when you get snitched out by your own movement.  The nerfing of humanity tames revolution. It is transformed it into reform.  It’s revisionism, pure and simple. Real revolution isn’t a dinner party. Right? Isn’t that one of the fundamental laws of revolution? Revolution is an act of violence. These nerfed so-called revolutionaries, they do not have the intellect or the heart to make revolution. They want a socialism of cowards and fools. It’s like Leading Light says, real revolution is a movement of caring, but also a movement of real warriors and real intellect, genius. It’s about elevating that warrior spirit and the philosopher, scientific spirit alongside all that other good stuff, the sharing and caring. One hand must be extended outward to help, but the other hand must always hold the sword. These nerf herders are entertaining. They couldn’t fight their way out of a paper bag, which is why nobody cares about them. The system sure as hell isn’t afraid of the cowardly lions and language police. In fact, the system knows it can use these liberals as a way to wreck and distract. They want Mao without Mao. They want Che without Che. They want guns without bullets. They want revolution without blood. They want sex without sex. They want leadership without leaders. They want a world without the world. Their liberal metaphysics provides a nice little collective fantasy where they all can pretend they are making revolution when they are not.

Liberalism is the Empire of Nietzsche’s Last Man. It’s the death of genius and heart. It is the graveyard of virtue and excellence. Their so-called socialism and so-called revolution is just liberalism in disguise. It kills the human spirit. It kills human potential. They see the world through bourgeois lenses. Thus, for them, revolution is only conceived as a kind of liberalism in overdrive, a mix of bourgeois banality and paternal policing. Lenin  said you have to be as radical as reality itself. Leaving Plato’s cave and its shadows, confronting the world in a real way, as it really is, is the origin of greatness and revolution. Facing truth can be painful because the world is painful. When you leave the safe, liberal fantasy, when you leave Plato’s cave, when you see the truth, the real world for the first time, it is like a bright sun that hurts your eyes, at first. The red pill is a bitter pill, but it is also a BETTER pill because real revolutionaries do not want to reform Empire. We don’t want a safe capitalism, with pads all over it. We want to tear down, we want to smash the entire system. We demand a whole new world, total liberation.

We demand Leading Light Communism. And it’s like Mao said, revolution is no dinner party. It is an act of violence. Power is not given, it is taken. We need real warriors, not nerfed activists. They don’t get it. They never will. They really don’t matter. Leading Light says “let the yappers yap.” They aren’t worth our time. We got real battles to fight. We have real revolutions to lead. We have soldiers to train. We are a movement of Leading Lights, of genius and heart. We’re the best of the best. You want to make revolution for real? Real revolution is not about killing the human spirit, nerfing each other, creating a dull, nerfed world. Socialism is not the dictatorship of the whiner or the spoiled brat. Revolution is about the proletariat liberating all human potential, setting the oppressed free, to conquer the future, to write their own glorious destiny. It is about life, really living to our fullest potential, being our best selves. Socrates said the unexamined  life is not worth living. The nerfed life is not worth living either. To be or not to be.  To follow the Leading Light of truth, to be the Leading Light is to really live, to be.