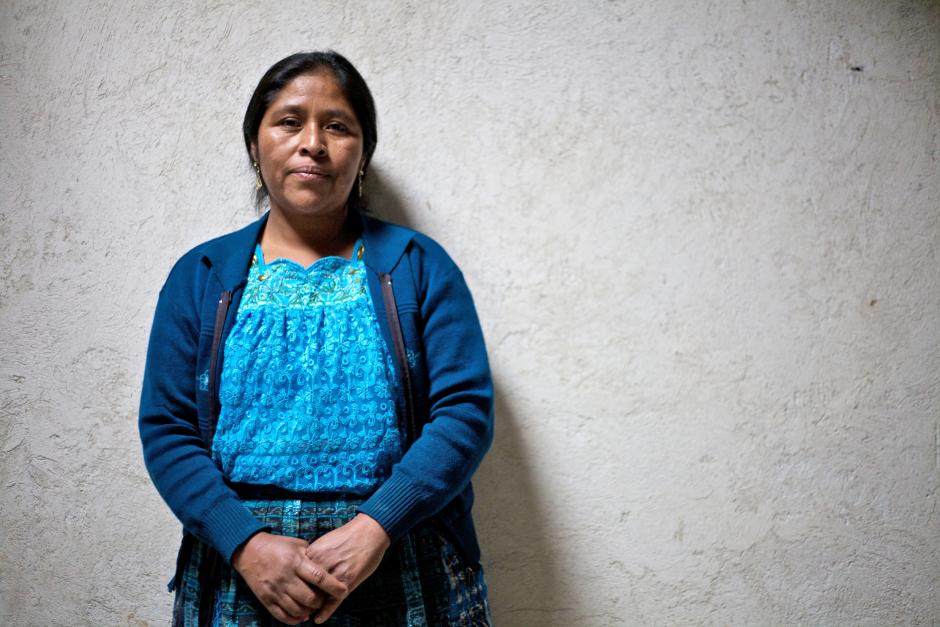 The road between the Guatemalan towns of San Miguel Ixtahuacán and Quetzaltenango is guarded by a dozen thin, young, Mayan men in baseball caps and hooded sweatshirts, who mill around a truck parked across the road. “If you are from the mine,” the ringleader says, “you can’t come through.”

A mile or so away, the land falls away into a dust bowl, picked at by heavy machinery – the Marlin gold mine. All along the road, orange cliffs have collapsed onto the tarmac and the air is heavy with the stink of burnt clutches from the trucks that labour up the slope through the mountains, around 50km from Guatemala’s border with Mexico. The volcanic peaks are swaddled in gunsmoke drifts of cloud and patrolled by vultures; scattered settlements of adobe houses overlook a deep green patchwork of maize and coffee fields laid out across the ghosts of old Mayan terraces.

The Mayan Mam village of Agel hangs precariously over the edge of the pit. Crisanta Pérez’s house on the edge of the settlement clings to a steep slope that runs down to a long, turquoise tailings pond.

“My family and I have been intimidated and criminalised,” Pérez says. “But I won’t give up. Who is going to do it, if not me?”

Pérez and her fellow community leaders say that the Marlin mine has contaminated the water sources that they use to wash and irrigate their crops and that the subterranean explosions have caused houses to collapse – charges that the mine’s owners, the Canadian firm Goldcorp, deny. Newsweek was shown evidence of skin conditions and severe neurological diseases that local health workers believe are the result of heavy metal poisoning, but, without independent medical assessment, their claims are hard to verify.

For the majority, the economic opportunities that the mine promised never materialised. Many, like the men manning the roadblock, sold their land and bought trucks, hoping to haul for the mine – their vehicles, daubed with religious icons, sit idle by the road. The Mayans’ anger goes deeper than individual grievances, however. The Mam, one of several Mayan nations in Guatemala, make up the majority in San Marcos. They number around 650,000 in the western highlands. On the other side of the mine, another nation, the Sipakapa, are also actively resisting the development. Both groups say that they were never consulted before work began on the pit, that their land was simply taken by a central government that does not represent them. This, they say, marks the continuation of centuries of marginalisation and discrimination – what rights they have won have proved secondary to the demands of commerce.

The Mam and Sipakapa see the mine, the government and private security firms as one entity that work together against them. “They have created a social monopoly. The mine comes to divide us, it causes conflict, psychological trauma, social repression,” says Rolando Cruz, a leader of the Movimiento de Resistencia Sipakapense, a resistance group in nearby San Isídro. “And they did not consult us.”