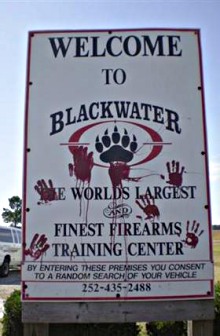 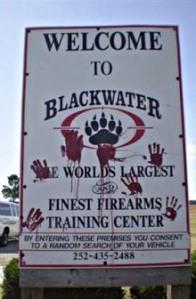 Jury selection began Wednesday for the trial of four former Blackwater guards charged for their role in the infamous Nisour Square massacre that left 14 Iraqi civilians dead and wounded at least 18 others.

The defense argues that Paul Slough, Evan Liberty, Dustin Heard, Donald Ball and Nicholas Slatten, who were under contract with the State Department, were acting in self-defense in the face of an insurgent attack when they fired into the busy Baghdad traffic square in 2007.

According to court filings, prosecutors charge that Slatten had previously said that he “wanted to kill as many Iraqis as he could as ‘payback for 9/11.’” And according to reporting by the Wall Street Journal, prosecutors charge it was Slatten who sparked the incident by shooting and killing the driver of a Kia sedan that was stopped in traffic.

That assertion is likely to be helped by statements made by another former Blackwater guard involved in the Nisour Square shooting, Jeremy Ridgeway, who pleaded guilty in 2008 to manslaughter charges. In court documents Ridgeway said that the incident was sparked by the Blackwater convoy shooting at the Kia vehicle, which “posed no threat to the convoy.”

The case against the guards was first dismissed in 2009 by a U.S. district court but in 2011 a federal appeals court reinstated the case.

In the wake of the incident, the company changed its name to Xe Services and then to Academi.

A verdict in the case is likely months away.