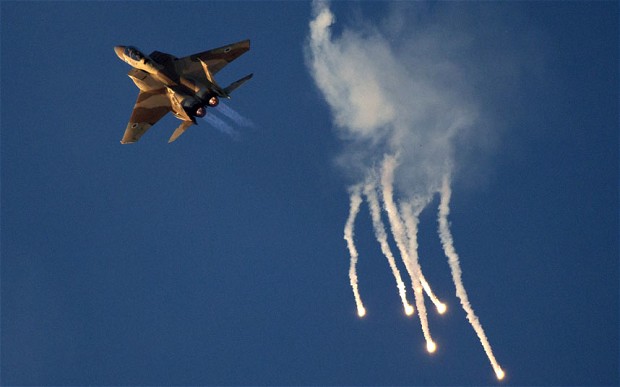 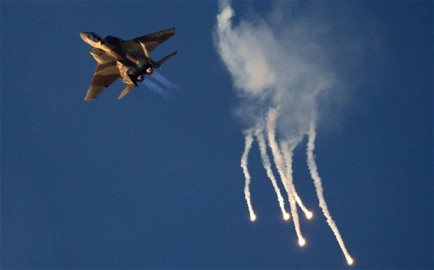 [Israel, another shark, in the frenzy to dismember Syria. Israel and the imperialists care little for international law. — NP]

Israel behind mystery attack on Syrian port – US sources

US officials have revealed that explosions reported at a key Syrian port on July 5 were likely the result of an Israeli airstrike.

Three officials spoke to CNN on condition of anonymity, referring to the pre-dawn explosions in the city of Latakia as an Israeli operation which allegedly targeted Russian-made Yakhont anti-ship missiles.

The Yakhont is a cruise missile with a range of 300 kilometers, capable of delivering a warhead weighing in at 250 kilograms. Russia supplied Syria’s armed forces with a Yakhont missile battery in 2011.

Shortly after the July 5 incident, the Britain-based Syrian Observatory for Human Rights (SOHR) reported that “huge explosions shook the area where a large Syrian army base and weapons depots are located.”

According to reports by the SOHR published by Haaretz, fighter jets were seen in the skies around the city of Al-Haffah, which lies east of Latakia. Several troops were reported as having been killed or wounded in the ensuing explosions.

Syrian rebels said on Tuesday that “foreign forces” had destroyed advanced anti-ship missiles in Latakia, but only hinted that Israel had been behind the attack, Arutz Sheva reported.

Qassem Saadeddine, spokesman for the Free Syrian Army’s Supreme Military Council, reported that the rebels’ intelligence network had identified missiles being stored in the depots which were hit.

“It was not the FSA that targeted this,” Saadeddine told Reuters. “It is not an attack that was carried out by rebels. This attack was either by air raid or long-range missiles fired from boats in the Mediterranean,” he said.

Syrian rebels described hearing and seeing huge blasts, the ferocity of which was beyond the firepower available to the FSA.

So far the Israeli government has declined to confirm or comment on allegations that it was behind the July 5 attack on Latakia. If the claims are true, the attack would mark the fourth Israeli strike on Syria within the past six months.

In May, Israel launched two airstrikes on Syrian territory. One of the strikes was thought to be on the country’s Scientific Studies and Research Center, which was previously attacked by the Israeli Air Force in January. Another attack, which took place on May 3, targeted Fateh-110 surface-to-surface missiles provided by Iran and based at Damascus International Airport.

“We have set red lines in regards to our own interests, and we keep them. There is an attack here, an explosion there, various versions – in any event, in the Middle East it is usually we who are blamed for most,” Israeli Defense Minister Moshe Yaalon told reporters on Tuesday.

“There is an explosion here or an attack there, somewhere in the Middle East, most of the time they accuse us,” he added.

Israel previously stated that the acquisition of sophisticated weaponry by Hezbollah in Lebanon, which is supported by both Syria and Iran, would represent a red line and merit a response.

In all prior instances of strikes linked to Israel’s armed forces, officials have not gone on record to take responsibility for the incursions. At the same time, Tel Aviv has made clear that the country is prepared to go into Syria if it means preventing Hezbollah or other militant groups from obtaining additional weaponry.

Israel considers advanced missile systems such as the Yakhont to be a threat to vital infrastructure on the country’s coast, including gas reservoirs and a power station in Hadera, Haaretz reported.

Gearoid O Colmain, an investigative author and journalist believes that this latest attack by Israel was part of a long Israeli strategy against Syria and that Syria has little choice but to respond at some point.

“After the last attack in May President Assad said he would respond strategically and I think what he means by that is that with Hezbollah now in the picture in Syria, the Golan Heights will become an area of tension and I think he has said as well that they will provoke an uprising against the Israeli occupation of the Golan Heights,” he told RT.