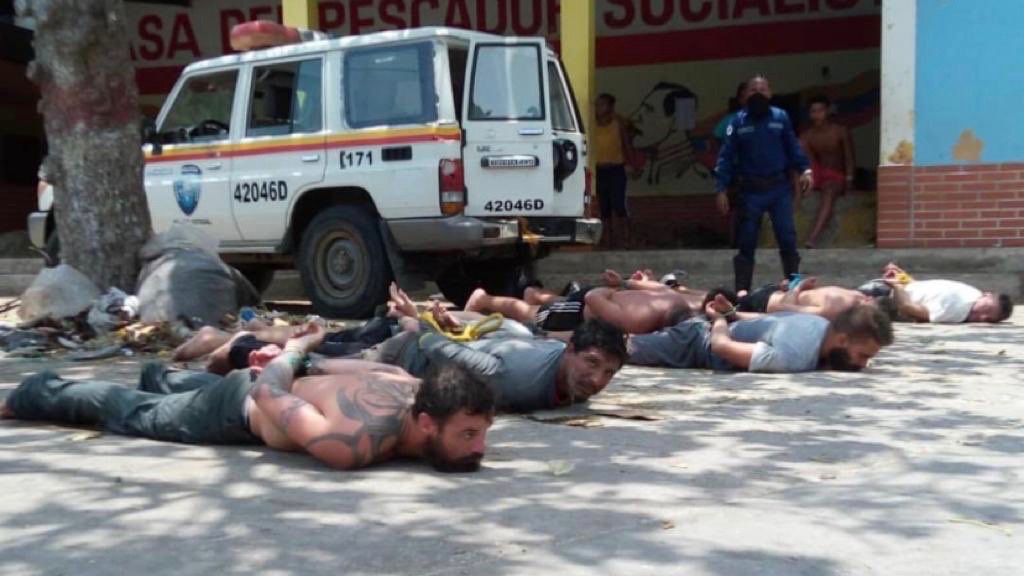 [The early part of May saw multiple attempts by right wing forces to enter Venezuela and act against the Bolivarian government. US mercenaries involved in the plot were captured on May 3rd by the fishers from the Bolivarian Militia, with more being captured in later days. Mercenary Corporations, such as Silvercorp which employed the captured operatives, have long been instruments of disruption around the globe. It is refreshing to see operations aimed at overthrowing leftist regimes bungled. It is important to remember that imperialism is fallible and that the people can and must thwart attempts at imperialist intervention. There is historical precedent regarding the effective opposition to imperialist forces, not the least of which is Vietnam. It is a good time to reflect on the victory of the Vietnamese people during the week of Ho Chi Minh’s birthday. We should reflect on these modern victories as well, even though they may feel small by comparison. –Terryn]

The desperate attempts by the Venezuelan far-right opposition to envelop their country in violence and chaos continue. As Venezuelan authorities warned on Sunday May 3 after repelling an attempted incursion by mercenaries in La Guaira, the terrorist plot, now dubbed “Operation Gedeon,” has continued. Early Monday May 4, Venezuelan security forces, aided by the fishers of the Bolivarian Militias in the coastal town of Chuao, arrested eight mercenaries on a speed boat who were attempting to enter the country. Two others were captured by Venezuelan Security Forces the same day in the town of Puerto Maya.

During the arrests more weaponry and military intelligence equipment was seized by Venezuelan security forces, as well as helmets and uniforms with the US flag and IDs and passports identifying the mercenaries.

The mercenaries who were arrested, as well as those killed and arrested early Sunday May 3 in La Guaira, were part of Operation Gedeon. The operation, which has been under investigation Venezuelan authorities for the past couple months, is believed to be organized, planned and financed by the Venezuelan opposition and its diverse allies with the objective to assassinate constitutional president Nicolás Maduro and other high-level leaders of the Venezuelan government.

Antonio Sequea, former Venezuelan National Guard member, who was last seen on April 30, 2019 during the failed coup d’état led by Leopoldo López and Juan Guaidó, was among those arrested on Monday. Sequea is believed to have led the operation.

The arrest of two US military officials from Texas, Luke Denman and Airan Berry, who are members of the US mercenary company Silvercorp was also noteworthy. The US government has denied all participation in the operation, and has largely ignored it, but according to one of the detained mercenaries the pair have a relationship with Trump’s head of security.

Their employer, Silvercorp, is key. It was founded by former Special Forces operative Jordan Goudreau. In February 2019, Goundreau and his company provided security to the Venezuelan right-wing during the Humanitarian Aid concert held the day before the humanitarian aid clash on the Colombian-Venezuelan border on February 23.

He reappeared days before the most recent attacks, in an article published in AP that revealed that Goundreau worked with Cliver Alcalá on a failed coup attempt against Nicolás Maduro. It discussed how the Venezuelan right-wing opposition has used Colombia as a strategic political and military base for plotting, planning and training to take actions against the Bolivarian government. The article however sought to distance Goundreau and his mercenary operations with the Venezuelan right-wing from the US government: “AP found no indication US officials sponsored Goudreau’s actions nor that Trump has authorized covert operations against Maduro, something that requires congressional notification.”

Videos and photos have also emerged on social media showing a contract signed between Goundreau and right-wing opposition leader Guaidó. The former US special operative expressed frustration because Guaidó did not hold up his end and Silvercorp has yet to receive payment for their work.

Furthermore, at around 18:00 on May 5, Vice-president Delcy Rodríguez announced that there had been attacks to the national electrical grid of Venezuela but that service was being restored on a national level. In 2019, Venezuela’s national grid suffered a series of attacks and sabotage operations during the first week of March, one week after the humanitarian aid fiasco. The government alleged that the attacks were carried out as part of a right-wing plot to destabilize the country.