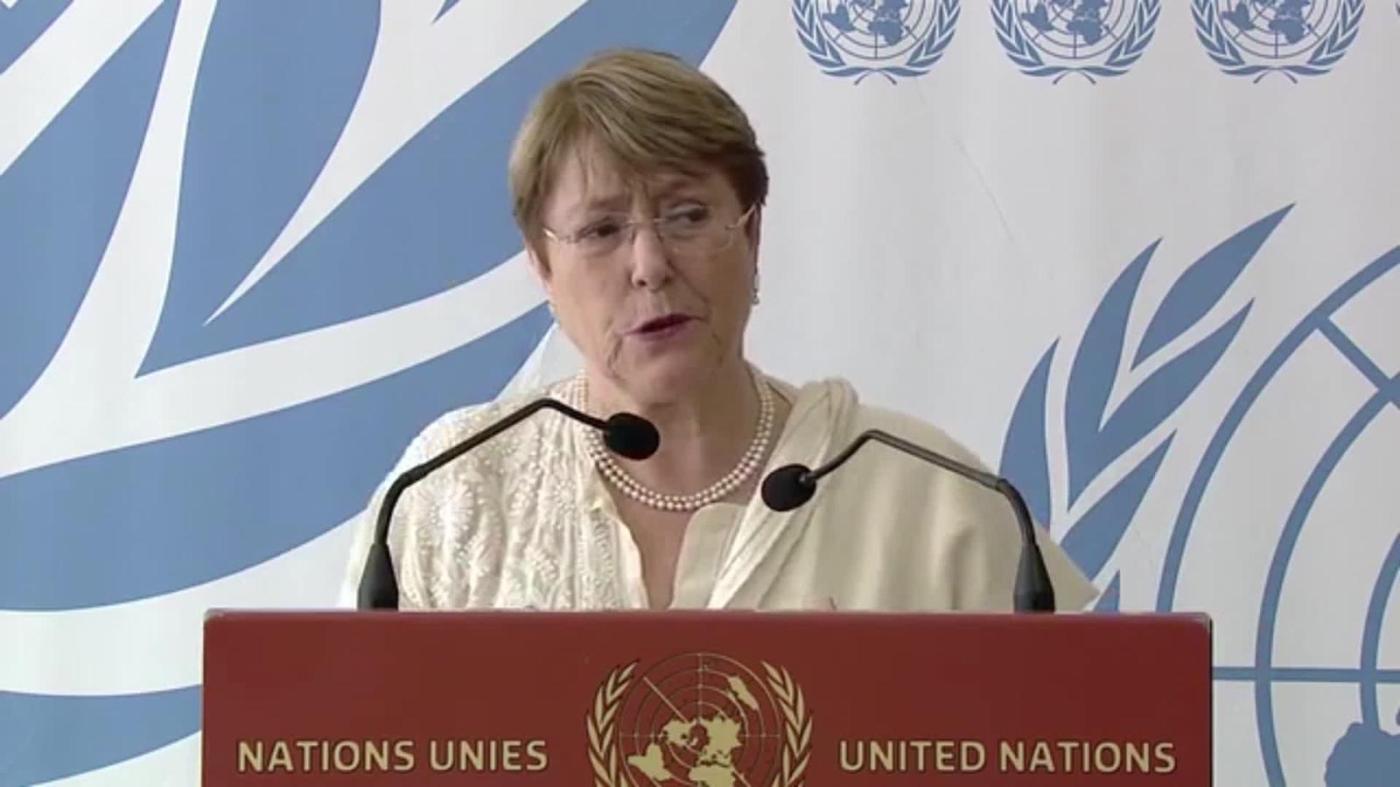 [The Venezuelan government has criticized a report recently released by the UN which presents distorted and misleading information about the country’s human rights situation in an attempt to blame the government of Venezuela for conditions which have been largely caused by US sanctions and the freezing of Venezuelan assets abroad. The UN report is in keeping with the agenda of US imperialism and its designs on Venezuela and Latin America. Exposing the lies of the empire is an important part of upholding the united front against imperialism, especially when the US has been taking steps to destabilize countries like Venezuela that have chosen a path of development independent of US monopoly capital. —Medved]

Caracas, July 7, 2019 (venezuelanalysis.com) – The Venezuelan government has disputed the findings of a report released by the United Nations Office of the High Commissioner for Human Rights (OHCHR).

Having seen the report in advance of its publication, Caracas issued a 70-point statement pointing towards what Venezuelan authorities term a “selective and openly biased” view of the human rights situation in the Caribbean country.

“The distorted view of the report is a result of the significant shortcomings in the methodology behind it,” the statement reads. One of the main points of contention is that out of the 558 interviews carried out, 460 of them involved people not currently in Venezuela.

The government went on to criticize the fact that the report downplays the consequences of US sanctions against Venezuela and ignores research on the subject, including a recent study published by Washington DC-based Center for Economic and Policy Research (CEPR) which estimated that 40,000 people have died since 2017 as a result of US coercive measures.

The US Treasury Department has levied successive rounds of sanctions against various sectors of the Venezuelan economy, as well as freezing Venezuelan assets held abroad. The oil industry has been particularly hit, with an embargo put in place in January that blocks Venezuela from exporting crude to the US as well as from importing diluents needed to produce fuel and refine heavy crude into exportable grades.

Sanctions have drastically reduced imports by shrinking the government’s foreign currency revenue, while also limiting access to financial markets and placing obstacles to commercial transactions. According to Torino Capital Chief Economist Francisco Rodriguez, imports fell to just US $303 million in April, marking a 64 percent decline from last year’s average and a 93.2 percent drop relative to 2012.

Despite recognizing that US sanctions “are exacerbating the economic crisis,” the report contains no recommendation for the measures to be lifted.

UN High Commissioner for Human Rights Michelle Bachelet presented the report to the Human Rights Council in Geneva on Friday. The text argues that Venezuelan special forces FAES and forensic police body CICPC have been “responsible for numerous extrajudicial executions,” and other practices meant to “instil fear and maintain social control.”

The OHCHR’s report additionally points the finger at corruption and the deterioration of public services, as well as difficulties in the population’s access to food and healthcare, while also expressing “concern” that Venezuelan migration will continue to grow.

The UN Human Rights body ends with a series of recommendations, including calling on the government to investigate serious human rights violations, dissolve the FAES, and allow a permanent OHCHR country office to be established.

The report came on the heels of the death of retired navy officer Rafael Acosta in state custody on June 29, with the Venezuelan opposition claiming he died as a result of torture. Two National Guard officers have been arrested and charged with manslaughter. Acosta had been arrested for his alleged involvement in a coup plot that included the assassination of President Maduro and other high-ranking figures.

Former Chilean President Bachelet recently made a historic three-day visit to Caracas, in which she held meetings with government and opposition officials, as well as human rights NGOs and activist groups.

Some of the organizations which met with Bachelet, such as Fundalatin or the Committee of Guarimba Victims representing victims of violent street protests staged by the opposition in 2014 and 2017, expressed their disappointment that their voices were not included in the report.

“Bachelet’s report makes the victims invisible and protects those responsible for the violence that has caused the country so much damage,” the Committee said on Twitter.
UN Independent Expert Alfred de Zayas likewise criticized the OHCHR’s report, calling it “fundamentally flawed and disappointing” and a “missed opportunity.”

“It is unprofessional for the UN staff to ignore or not give appropriate weight to the submissions by [human rights organizations] Fundalatin, Grupo Sures, the Red Nacional de Derechos Humanos, and the specific answers provided by the government,” de Zayas wrote in personal blog, while also lamenting the scarce attention paid to sanctions in the report.

The UN High Commissioners’ Office likewise announced on Friday that 22 people had been released from prison upon request by Bachelet. The list includes journalist and businessman Braulio Jatar and former judge Maria Afiuni. Venezuela’s Supreme Court confirmed the release of Jatar and Afiuni, while offering no information on the other 20 cases, while Reuters describes them as “students.”

Jatar had been arrested in 2016 on charges of money laundering and extortion, whereas Afiuni was indicted on corruption charges in 2009 after she ordered the release of businessman Eligio Cedeno. Cedeno had several corruption charges against him and subsequently fled the country. Afiuni had been handed a five year sentence in March.