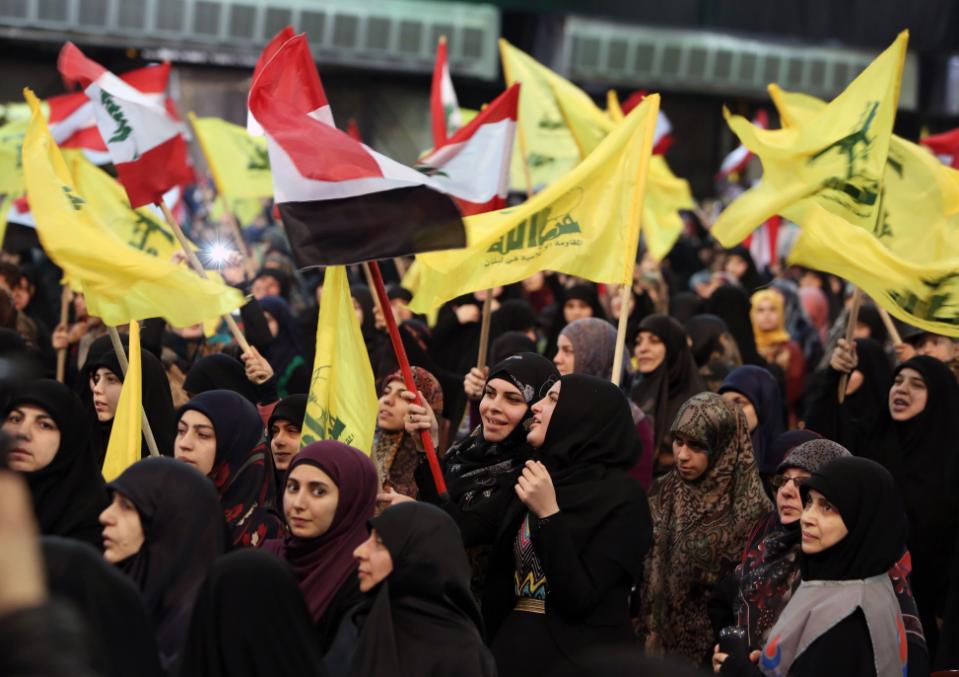 [The spread of extremism can not just be blamed on Saudi Arabia.  The legacy of European colonialism and western imperialism in the region certainly helps to create the fertile ground where these archaic ideologies can flourish. -Uziel]

BEIRUT (AP) — The leader of Lebanon’s militant Hezbollah group launched his harshest criticism yet of Saudi Arabia on Friday, blaming the kingdom for the spread of extremist ideology in the Muslim world and the killing of civilians in Yemen.

Sheikh Hassan Nasrallah told hundreds of supporters at a rally in southern Beirut organized in support of Yemen’s Shiite rebels that Saudi-led airstrikes targeting them have not led to victory.

Since March 26, the Saudi-led coalition has been pounding the rebels known as Houthis and allied fighters loyal to Yemen’s ousted President Ali Abdullah Saleh.

Nasrallah said that the kingdom will soon realize that “the only choice left” is a ground operation in Yemen — a “ground invasion will be costly and will end with a defeat.”

Both the Houthis and Hezbollah are backed by Iran.Nasrallah called on the Muslim world to pressure the Saudis to end the airstrikes and work for a political solution in Yemen.

However, he said no solution will restore Western-backed President Abed Rabbo Mansour Hadi who fled the country as his government crumbled. Saudi officials and the international community say Hadi is the legitimate president of Yemen.

Nasrallah also lashed out at Saudi Arabia’s strict ultraconservative Wahhabi brand of Sunni Islam, which has been adopted as the ideology of militant groups such as al-Qaida, the Islamic State and al-Qaida’s branch in Syria known as the Nusra Front.

He accused the kingdom of spreading extremist ideology through schools it funds in Muslim nations. “Who is teaching this ideology in elementary, secondary and high schools and universities?” Nasrallah asked.

Nasrallah’s Hezbollah has joined the fray in the civil war next door in Syria, fighting on the side of government forces of President Bashar Assad, who hails from the Alawite community, a Shiite offshoot.

“Time has come for Muslims, Arabs and the Muslim world to tell the Kingdom of Saudi Arabia: ‘Enough,'” said Nasrallah.

One thought on “Hezbollah blames Saudi Arabia for spread of extremism”