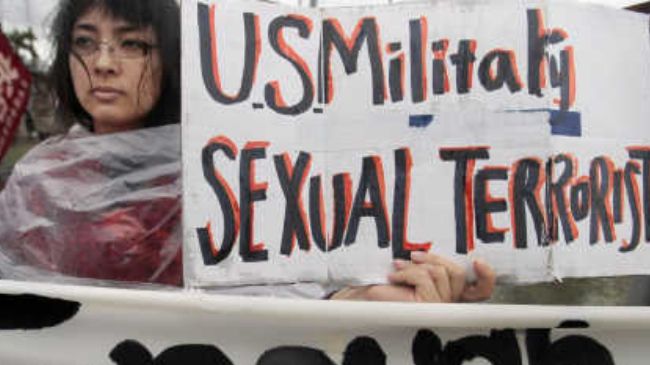 (ANTIMEDIA) American soldiers and military contractors who sexually abused at least 54 Colombian girls between 2003 and 2007 will not face charges for their horrific crimes due to diplomatic immunity.

An 809-page report entitled “Contribution to the Understanding of the Armed Conflict in Colombia”,  was commissioned by the Colombian government and rebel group FARC as part of ongoing peace negotiations between the two factions. The document details how US troops and contractors were exempt from prosecution while they were stationed in the South American nation.

According to Renan Vega of the Pedagogic University in Bogota, one of the 14 scholars who contributed to the historic paper, “there exists abundant information about the sexual violence, in absolute impunity thanks to the bilateral agreements and the diplomatic immunity of United States officials.”

Vega specifically noted one case from 2004 near the central Colombian town of Melga. The incident involved 53 underage girls who were sexually assaulted by US military contractors “who moreover filmed [the abuse] and sold the films as pornographic material.”

Another occurrence cited by the historian — which garnered significant media attention within Colombia — concerned US sergeant Michael J. Coen and defense contractor Cesar Ruiz. The duo purportedly drugged and raped a 12-year-old girl on a military base in 2007. Prosecutors were not allowed to arrest either man due to diplomatic arrangements between the US and Colombia. Neither Coen or Ruiz has ever been indicted and were in fact flown out of the country under terms of the US-Colombian Status of Forces Agreement (SOFA) which grants U.S. personnel immunity from local laws.

The 12-year-old victim was eventually forced to flee her hometown because of pressures applied by US-allied groups.

‘In 2006 there were 23 reported cases of sexual abuse committed by active American soldiers and another 14 in 2007,’ according to Colombian newspaper El Tiempo.

While the details of this article have been covered by a few international news outlets, the United States corporate media has conveniently blackballed the story. CNN, FOX News, and NBC have all chosen to turn a blind eye to reporting truth. The allegations outlined above are not some fringe claims that are unsubstantiated. If you feel that this story deserves the attention of the people, please share as you see fit.

This article (US Troops Sexually Assault 54 Underage Girls, Won’t Face Charges) is free and open source. You have permission to republish this article under a Creative Commons license with attribution to the author andTheAntiMedia.org. Tune in to the Anti-Media radio show Monday through Friday @ 11pm Eastern/8pm Pacific. Help us fix our typos: edits@theantimedia.org.