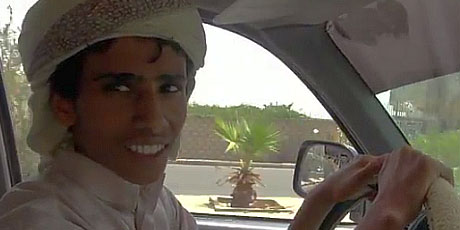 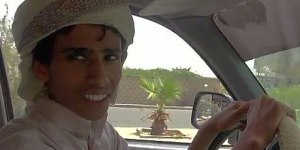 “In their eyes, we don’t deserve to live like people in the rest of the world and we don’t have feelings or emotions or cry or feel pain like all the other humans.”

A 13-year-old boy killed in Yemen last month by a CIA drone strike had told the Guardian just months earlier that he lived in constant fear of the “death machines” in the sky that had already killed his father and brother.

“I see them every day and we are scared of them,” said Mohammed Tuaiman, speaking from al-Zur village in Marib province, where he died two weeks ago.

“A lot of the kids in this area wake up from sleeping because of nightmares from them and some now have mental problems. They turned our area into hell and continuous horror, day and night, we even dream of them in our sleep.”

Much of Mohammed’s life was spent living in fear of drone strikes. In 2011 an unmanned combat drone killed his father and teenage brother as they were out herding the family’s camels.

The drone that would kill Mohammed struck on 26 January in Hareeb, about an hour from his home. The drone hit the car carrying the teenager, his brother-in-law Abdullah Khalid al-Zindani and a third man.

“I saw all the bodies completely burned, like charcoal,” Mohammed’s older brother Maqded said. “When we arrived we couldn’t do anything. We couldn’t move the bodies so we just buried them there, near the car.”

Several anonymous US government officials told Reuters that the strike had been carried out by the CIA and had killed “three men believed to be al-Qaida militants”. Al-Qaida in the Arabian Peninsula (AQAP) claimed responsibility for the Charlie Hebdo attack in Paris last month.

Maqdad said the family had been wrongly associated with al-Qaida, and family members strongly deny that Mohammed was involved in any al-Qaida or anti-Houthi fighting. “He wasn’t a member of al-Qaida. He was a kid.”

Speaking from al-Zur the day after his brother’s death, Meqdad said: “After our father died, al-Qaida came to us to offer support. But we are not with them. Al-Qaida may have claimed Mohammed now but we will do anything – go to court, whatever – in order to prove that he was not with al-Qaida.”

When the Guardian interviewed Mohammed last September, he spoke of his anger towards the US government for killing his father. “They tell us that these drones come from bases in Saudi Arabia and also from bases in the Yemeni seas and America sends them to kill terrorists, but they always kill innocent people. But we don’t know why they are killing us.

“In their eyes, we don’t deserve to live like people in the rest of the world and we don’t have feelings or emotions or cry or feel pain like all the other humans around the world.”

The CIA and Pentagon were both asked to comment on whether the teenager had been confirmed as an al-Qaida militant. Both declined to comment.

Mohammed’s 27 siblings have now lost three family members in US drone strikes and may grow up with the same sense of confusion and injustice Mohammed expressed shortly before his death.

“The elders told us that it’s criminal to kill the civilians without distinguishing between terrorists and innocents and they kill just on suspicion, without hesitation.”

For Meqdad, Mohammed’s death has reignited his determination to seek out justice for his family. “We live in injustice and we want the United States to recognise these crimes against my father and my brothers. They were innocent people, we are weak, poor people, and we don’t have anything to do with this.”

However, he added: “Don’t blame us because we sympathise with al-Qaida, because they were the only people who showed their faces to us, the government ignored us, the US ignored us and didn’t compensate us. And we will go to court to prove this is wrong.”