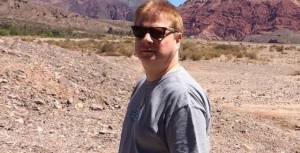 [There is a significant portion of the population who are not good at discriminating between genuine social control and make-believe paranoid fantasies. This population correctly distrusts the system, but does not really understand how the system works in a scientific way. Instead they weave all kinds of bizarre fictions. This is a good example of why vanguard leadership is necessary. There is a definite learning curve here. Some people are light years ahead of others, while others don’t even realize just how unadvanced they are. – NP]

Anyone who’s had an Internet connection for the last decade has most likely heard of the “chemtrails” conspiracy theory: the notion that the white vapor you see trailing planes at high altitudes is not simply condensation, but a sinister mix of chemicals that the government uses to crop dust the population for mind control purposes, weather manipulation, etc.

The evidence for this is absolutely zero, but the number of people who subscribe to and disseminate this unique brand of paranoia (maybe even more incoherent than 9/11 trutherism) is shockingly high — and growing.

The growth of this particular form of mass misinformation, and conspiracy theories in general, has expanded along with the growth of the Internet. That’s what makes a certain social experiment by a fellow from the U.K. so interesting.

On October 1, Chris Bovey—a 41-year-old from Devon, England—thought he’d troll the chemtrails camp. During a flight from Buenos Aires to the UK, his plane had to make an emergency landing in São Paulo and dumped excess fuel to lighten the load. Since he had a window seat, Chris decided to film all the liquid being sprayed out of the wing next to him.

Touching down, he uploaded the video with a caption that suggested it could be evidence of chemtrails, hoping to mess with a couple of friends who he knew might fall for it. The video now has 1.1 million views, nearly 20,000 shares, and dozens of comments telling viewers to “wake the F up,” or accusing naysayers of being “stupid paid shills.”

Adding fuel to the fire, Bovey then made up a story about how he’d been detained at Heathrow Airport and was interrogated by authorities who confiscated his cellphone.

Soon after, the conspiracy site NeonNettle.com ran his story as evidence for chemtrails.

Speaking to VICE, editor of the anti-conspiracy site Metabunk Mick West says that the proliferation of unverified “evidence” online is what allows conspiracy theories like chemtrails to spread like termites.

“People share things that look interesting without really looking into them, and they take the word of whoever’s posting it that it’s a real thing,” West said. “I knew from the start that [Bovey’s video] was some kind of hoax, but people want to have their worldview confirmed, so when they see something that seems to fit their worldview they jump on it.”

In the wake of the video, Bovey was invited onto a radio show hosted by Richie Allen, a friend of David Icke — a man who claims we’re being ruled by a group of lizard creatures disguised as world leaders. On the air, Chris revealed that his video was actually a hoax, after which an argument with the host about the validity of the chemtrails ensued.

Since then, Chris has been subject to a stream of “vulgar abuse” from conspiracy theorists attacking his Facebook page. You can read VICE’s interview with Bovey about the aftermath here.