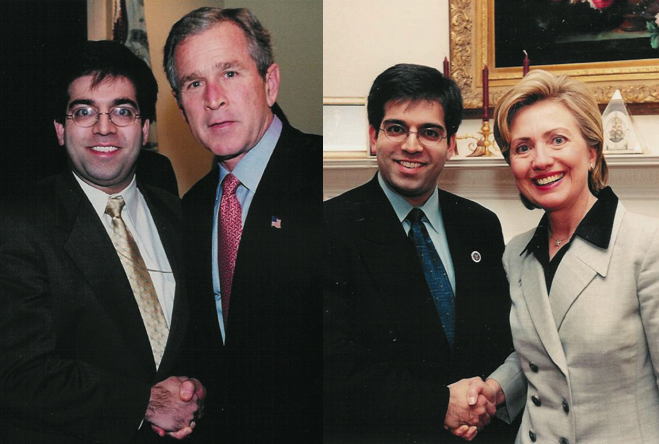 According to documents provided by NSA whistleblower Edward Snowden, the list of Americans monitored by their own government includes:

• Faisal Gill, a longtime Republican Party operative and one-time candidate for public office who held a top-secret security clearance and served in the Department of Homeland Security under President George W. Bush;

• Asim Ghafoor, a prominent attorney who has represented clients in terrorism-related cases;

• Nihad Awad, the executive director of the Council on American-Islamic Relations (CAIR), the largest Muslim civil rights organization in the country.

The individuals appear on an NSA spreadsheet in the Snowden archives called “FISA recap”—short for the Foreign Intelligence Surveillance Act. Under that law, the Justice Department must convince a judge with the top-secret Foreign Intelligence Surveillance Court that there is probable cause to believe that American targets are not only agents of an international terrorist organization or other foreign power, but also “are or may be” engaged in or abetting espionage, sabotage, or terrorism. The authorizations must be renewed by the court, usually every 90 days for U.S. citizens.

The spreadsheet shows 7,485 email addresses listed as monitored between 2002 and 2008. Many of the email addresses on the list appear to belong to foreigners whom the government believes are linked to Al Qaeda, Hamas, and Hezbollah. Among the Americans on the list are individuals long accused of terrorist activity, including Anwar al-Awlaki and Samir Khan, who were killed in a 2011 drone strike in Yemen.

But a three-month investigation by The Intercept—including interviews with more than a dozen current and former federal law enforcement officials involved in the FISA process—reveals that in practice, the system for authorizing NSA surveillance affords the government wide latitude in spying on U.S. citizens.

The five Americans whose email accounts were monitored by the NSA and FBI have all led highly public, outwardly exemplary lives. All five vehemently deny any involvement in terrorism or espionage, and none advocates violent jihad or is known to have been implicated in any crime, despite years of intense scrutiny by the government and the press. Some have even climbed the ranks of the U.S. national security and foreign policy establishments.

(An Intercept video interview with Gill is below, as are videos of Ghafoor and Awad.)