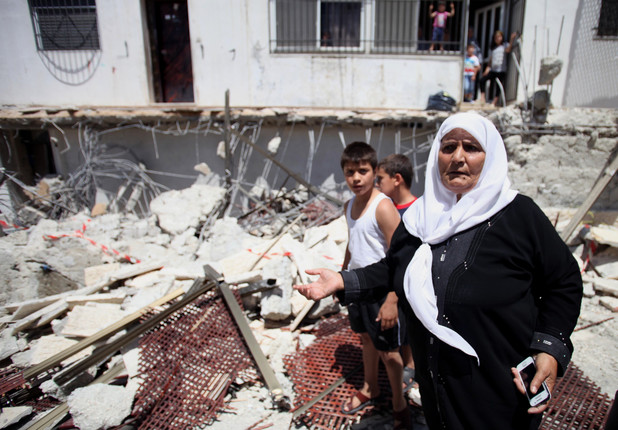 Israel elected to leadership of UN committee on “Decolonization”

Just when it appeared that the United Nations could not be more ineffective in protecting Palestinian rights and holding Israel accountable for violating them, here comes the news that Israel has been elected as vice-chair of the UN Special Commitee on Decolonization – which deals among other things with matters related to Palestinian refugees.

According to UN minutes, the representative of Israel, the world’s last settler-colonial power, received 74 votes for the post, despite strong opposition from the Arab Group of UN member states.

Qatar, speaking on behalf of the Arab states, described Israel as a “State that violated the United Nations Charter and international law. Because its track record was rife with murder and its occupation had lasted more than 66 years, Israel was not qualified to preside over questions pertaining to Palestinian refugees, peacekeeping and the investigation of its own illegal practices.”

The Arab states had demanded a recorded vote, an unusual step, prompting objections from the ambassador of the United Kingdom which is a member of the Group of Western European and Other States that nominated Israel.

Canada took the opportunity to express its “unflinching support for Israel” and the United States said it “unequivocally supported Israel’s election.”

Saudi Arabia – whose own membership of the UN Human Rights Council has drawn much criticism – said that Israel’s election was “the moral equivalent of placing the apartheid regime of South Africa in charge of a committee to end racism.”

Theater of the absurd

Israel thanked its supporters, but perhaps its actions spoke louder than words. While this theater of the absurd was playing out in New York, Israeli occupation forces stepped up demolitions of Palestinian homes to make way for colonial settlements.

Its election comes just weeks after Israel announced yet another massive expansion of illegal colonies in the occupied West Bank.

And take a look at the photostory by Silvia Boarini documenting Israel’s ongoing ethnic cleansing of Palestinian Bedouins in the southern Naqab (“Negev”) region of present-day Israel.

These latest measures of ethnic cleansing come amid Israel’s assault on West Bank cities over the past week, allegedly in search of three missing colonial settlers. Israel has so far abducted more than 300 Palestinians, raided 750 homes as well as dozens of charities and the Birzeit University campus.

If there were a UN Committee on How to Occupy and Colonize, Israel would indeed be the best candidate to lead it.