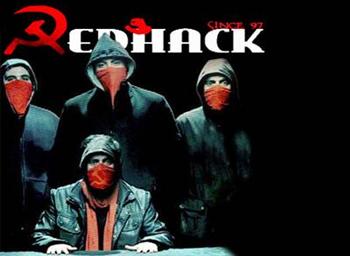 Hacker group Redhack has claimed responsibility for all tweets that were posted about the Taksim Gezi Park protests after the government announced that an investigation into the matter had been launched.

“The AKP [Justice and Development Party] is going to conduct an investigation. We have posted all tweets and hacked thousands of people’s computers. Don’t take on the innocent ones, we are here,” Redhack wrote on its Twitter account. “All accounts that retweet Redhack, write about Redhack, or organize the resistance, were hacked by us.”

Following the message by the group, Twitter users began to announce that they were hacked by Redhack with a hashtag “#redhacktarafındanhacklendik” (#wewerehackedbyredhack).

The government recently launched an investigation into the around 5 million tweets posted about the Gezi protests including the hashtags #occupygezi, #direngeziparkı  and #direngezi.

Redhack previously gave tips to protesters to avoid being charged with “sharing provocative messages” on social media after 29 people were detained for tweets related to the protests on June 5. If these tips fail to work, “users can tell the police that their account was hacked by Redhack. We would take the blame with pleasure,” the group said via Twitter.

Transport Minister Binali Yıldırım stressed on June 19 that the government was working to “fight against cyber crime, not to regulate social media,” adding that crime was a crime in any place, including on social media.

Meanwhile, Deputy Prime Minister Bülent Arınç said people were free to communicate via social media, but if it was used to encourage crime and violence – referring to the Gezi Park protests – then deterrent measures should be taken.