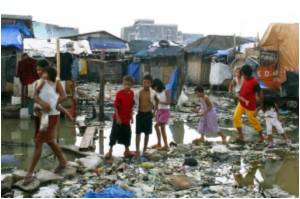 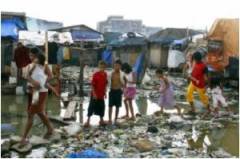 [Recently, there has been a series of extra-judicial murders in the Philippines. These murders are politically-motivated attacks against activists. The reactionary regime in the Philippines serves the imperialists and their agents. The Old Power is the power of the First World, the imperialists, the compradors, the feudalists, and other reactionaries. The Old Power has a long track record of using death squad violence. The nature of Old Power is to perpetuate inequality and injustice. Poverty and violence are at the heart of capitalism in the Philippines and elsewhere. Real change is not made by asking the Old Power to change. Real change is not made through reform. The Old Power will not change on its own. Power is taken, not given. The people must take power by destroying the Old Power. The people must build New Power through revolution. The way to truly protect human rights is through global people’ war. — New Power]

PHILIPPINES: The son of a tribal leader opposing mining and another transport leader killed in separate incidents

The Asian Human Rights Commission (AHRC) deeply regrets to inform you that two people were killed in separate incidents on September 3 and 4, 2012. One of the victims was the son of a leader of an indigenous tribe opposing mining and the other was a transport leader advocating for the interest of public utility drivers. The AHRC is deeply concerned by these continuous extrajudicial killing of human rights and political activists and the inability of the government to provide them protection.

On 4 September, 2012 at 7:20am, Jordan Manda, 11 years-of-age and his father, Lucenio, were on their way to school aboard a motorbike when they were stopped and shot by unknown persons. Jordan sustained a fatal gunshot wound to his back and died on the spot. His father, Lucenio, was wounded but survived the shooting.

Jordan was the eldest of three siblings of Lucenio Manda. He was being groomed as the next Timuay of the community; the Timuay being the leader of the tribe. He had been attending community meetings and educational activities. Even at his young age, Jordan had been keenly interested in their Subanen culture and the history of his own people. He also helped his mother, Delma in tending their animals and rice farm, for their food.

Lucenio is a Timuay and the head claimant of Bayog Ancestral Domain in Zamboanga del Sur. He had been a strong defender of the rights of the Subanen to their land and their right to self-determination. He is also known to have been strongly opposed to the operation of large scale mining and logging in their ancestral domain. Lucenio has been very vocal in questioning as to why mining has been allowed in Bayog without their “free, prior and informed consent (FPIC)” as provided for by the law.

According to Lucenio, the loss of his son is what strengthened his resolve to struggle for the protection of the land rights of the Subanen indigenous tribe and their rights to their ancestral domain. “… I thirst for justice. I vow to continue my struggle in order not to let my son’s death be in vain”, Lucenio said following his son’s death. Lucenio has been receiving death threats prior to the attack.

CASE 2: “Fourth leader in his group to have been killed in six months”

On 3 September, 2012 at 5:15pm, Feliciano “Poncing” Infante, president of the Pampanga-Pandan Jeepney Association and founding member of the Abe Kapampangan representing the transport sector, was shot dead by two gunmen riding on a motorcycle at Jaoville Terminal in Barangay Pandan in Angeles City.

Poncing was a leader of Pagkakaisa ng mga Samahan ng Tsuper at Operators Nationwide (Piston), a group of transport sector. Piston is a member of the Kilusang Mayo Uno (KMU).