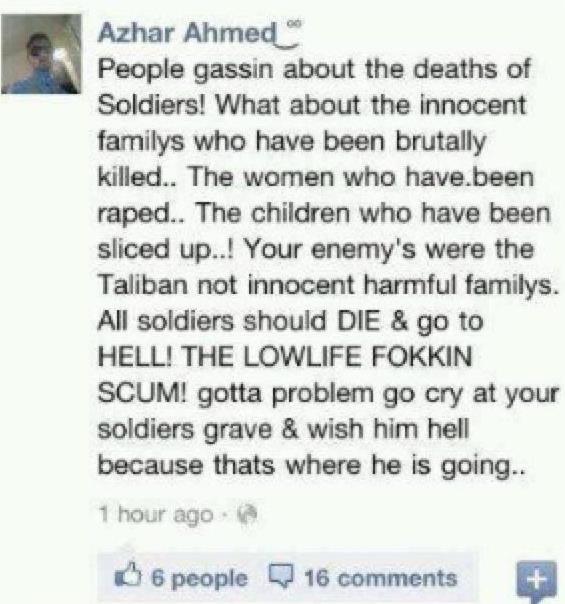 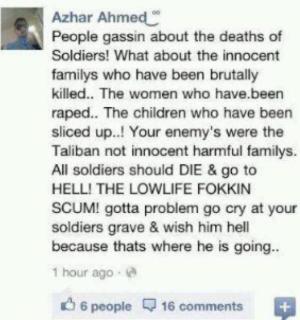 Teenager arrested for comments made on Facebook page
by Anne Sewell
(source: http://digitaljournal.com/article/321102)

A teenager has been arrested for allegedly making comments on Facebook about the deaths of six British soldiers in Afghanistan last week.

According to Sky News, Azhar Ahmed of Ravensthorpe (19) posted comments on his profile page, criticizing the level of attention British soldiers who died in a bomb blast received, compared to that received by Afghan civilians killed in the war.

He was arrested on Friday and charged over the weekend.

A West Yorkshire Police spokesman said: “He didn’t make his point very well and that is why he has landed himself in bother.”

Ahmed has been charged with a racially aggravated public order offence and will appear at Dewsbury Magistrates Court on 20 March 2011.

The soldiers were killed on March 6 in the deadliest single attack on British forces in Afghanistan since 2001 when their Warrior armoured vehicle was blown up by a massive improvised explosive device (IED).

The deaths take the number of UK troops who have died since the Afghanistan campaign began in 2001 to 404.

It seems you have to be careful if you have an opinion on Facebook these days.