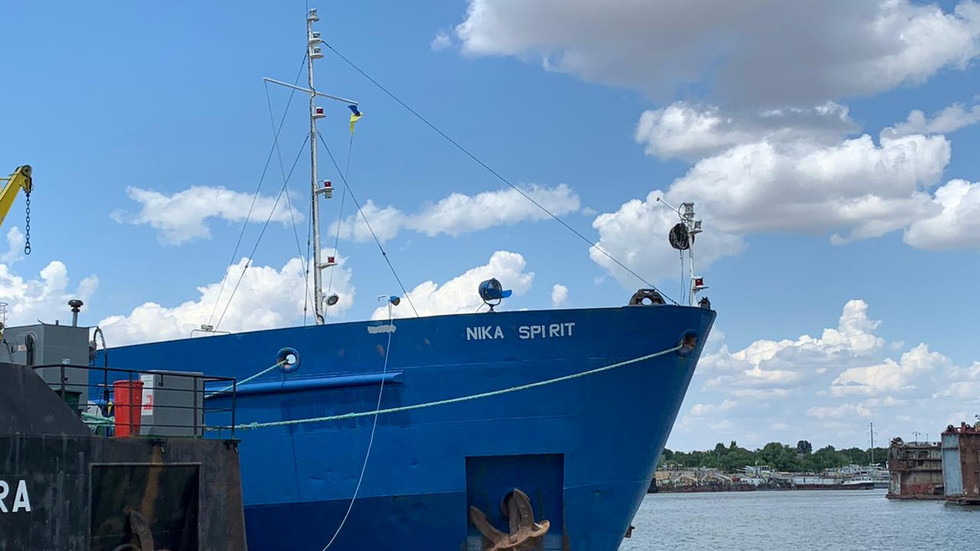 [Following the recent example of Britain’s illegal seizure of an Iranian oil tanker off the coast of Gibraltar, Ukraine seized a Russian tanker at the port of Izmail in southwestern Ukraine on the 25th of July. The Ukrainian government claims the Russian-flagged tanker “Nika Spirit” was involved in the Kerch Strait incident that occurred in November 2018, when two Ukrainian gunboats and a tugboat attempted to pass through the Kerch Strait to the Sea of Azov without getting permission from the Russian coastguard to enter Russian territorial waters, a violation of maritime regulations. While Ukrainian ships regularly pass through the Kerch Strait without incident, the failure to ask for permission by Ukraine and the attempted illegal entry resulted in the ramming of the tugboat by the Russian coastguard and the detainment of the Ukrainian vessels and their service members. The Kerch Strait incident was an obvious provocation by the Ukrainian government against Russia, and this latest seizure of the Russian tanker as a retaliatory measure by Ukraine is another obvious provocation.

Ukrainian forces continue to shell civilian residential neighborhoods near the front line in Donbass. An elderly woman was killed and a three-year-old girl was injured, among other civilian casualties, during the past week of Ukrainian shelling. Western mainstream news outlets ignore these war crimes by the US-supported government in Ukraine and its allied neo-Nazi militias such as Pravy Sector and Azov Battalion. The situation in Ukraine and Donbass is dangerous as it could lead to a wider conflict with Russia, possibly igniting a world war if Ukraine or NATO were to launch a full-scale invasion of Donbass. Since the 2014 Euromaidan coup against Yanukovych, the Ukrainian government has become a puppet of US imperialism. It is time for people all over the world to take action to stop these ongoing atrocities against civilians and to bring peace to the region. —Medved]

We don’t have any ties to Ukraine!
Donbass Rose

If our parents ever knew!
Donbass Rose