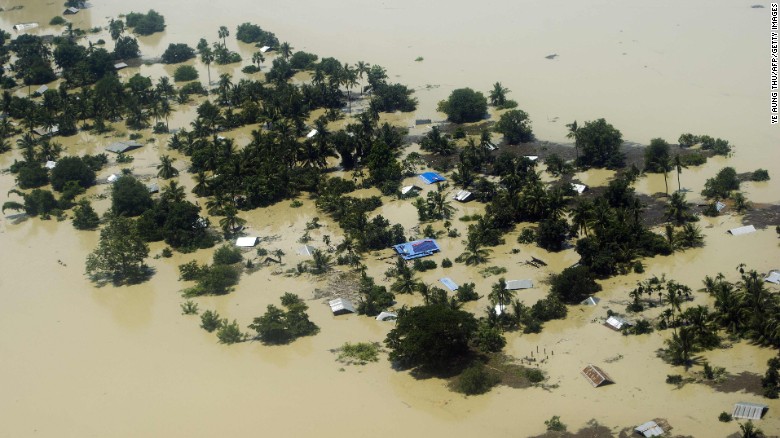 [Once again we see evidence of how severe weather patterns, which could be linked to global climate change, are disproportionately punishing the poor in the 3rd world. What would amount to simple property damage in most 1st world countries, becomes a large death toll in the poorer areas of the world which lack the proper infrastructure to deal with such large scale calamities. -Uziel]

(CNN) – Torrential monsoon rains in the aftermath of cyclone Komen continue to cause flooding in India, Bangladesh and other South Asian countries, leaving hundreds dead and millions displaced.

In India, at least 178 are dead due to the heavy downpours and related accidents, according to government officials.

Late Tuesday, flooding under a bridge derailed two trains traveling in Madhya Pradesh, killing dozens of the 230 people estimated to be on board.

In West Bengal, hundreds of thousands of people have been moved to relief camps to escape the floods. CNN’s Sumnima Udas visited the state’s capital Kolkata, where 69 people have died due to flooding. Elsewhere in India, roads, dams, and rivers are overflowing, sending floodwater into villages and forcing locals to flee.

Other countries in the region are experiencing extreme difficulties due to heavy rains.

Pakistan’s National Disaster Management Authority said flooding had affected more than 800,000 people in 2,275 villages, in a statement released on Monday.

The death toll has reached 47 in Myanmar, according to a statement made Monday by a UN spokesperson, while temporary shelter has been set up for over 200,000 people.