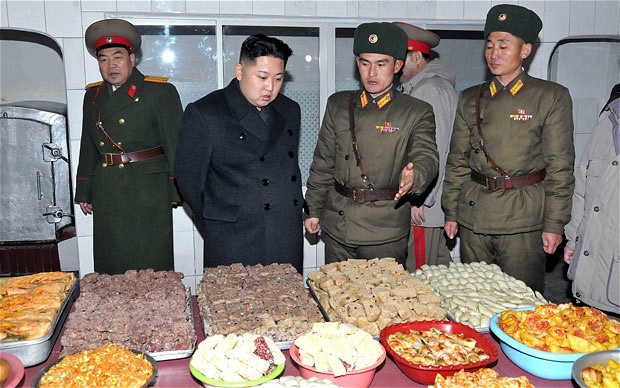 WASHINGTON (AP) — The World Food Program may have to shut down its operations in North Korea by early next year unless it gets more funding from international donors by this autumn, the U.N. agency’s director for Asia said Friday.

WFP, which has the largest presence of any U.N. agency in the isolated country, has already scaled back its planned two-year, $200 million program to feed 2.4 million people because it has only enough funds to cover about a quarter of the cost.

Regional director Kenro Oshidari told The Associated Press by phone from Bangkok, Thailand, that to run a credible nutritional program, aimed at preventing stunting in children, it needs about $50 million more. That would target about 670,000 children under 2 years of age and pregnant and lactating mothers.

Without a replenishment of funds by October or November, WFP could be forced to shut down operations by January or February 2015, he said. The existing program is due to run until June.

North Korea has alienated much of the international community over its pursuit of nuclear weapons even as it struggles to feed its own people. There’s also been long-standing concern that aid could be diverted to feed the elite, although the WFP says it now has the best monitoring arrangements it’s ever had.

Another problem: The plethora of humanitarian emergencies competing for international funds, such as Iraq, Syria and the Central African Republic.

But Oshidari described stunting the U.N. is trying to combat in North Korea as a problem “you can’t fix later on.” Conditions in the country have improved since the devastating famine of the 1990s, and food production has increased, but chronic malnutrition is estimated to be as high as 40 percent in some areas.

“I have been going to DPRK for many years and you see these very short children. You really do not want to see a physically or intellectually disadvantaged future generation in that country,” Oshidari said, referring to its official name, the Democratic People’s Republic of Korea.

He said South Korea is considering restarting its support of the WFP program. But he said there’s little prospect that Japan or the United States, major donors in the past, would follow suit.

The U.S. was preparing to provide food aid in 2012 in exchange for a freeze in North Korea’s nuclear program, but the deal collapsed when the North conducted a long-range rocket launch.

Another practical headache for foreign aid groups in North Korea — which also include the children’s agency UNICEF and the World Health Organization — are international sanctions against the North’s main foreign exchange bank.

The sanctions are intended to impede the North’s weapons programs but it has become extremely difficult for aid groups and embassies to transfer money into the country since the U.S. Treasury blacklisted the North Korea’s Foreign Trade Bank and the state-run Bank of China consequently stopped dealing with the bank.

An alternative arrangement using a Russian bank fell through earlier this year. Aid groups have resorted to hand-carrying money into the country.

Oshidari said U.N. officials continued discussions on the issue with U.S. officials in New York this month, but without resolving it.

The U.S. State Department has said the onus should be on North Korea to make alternative financial services available to international organizations.