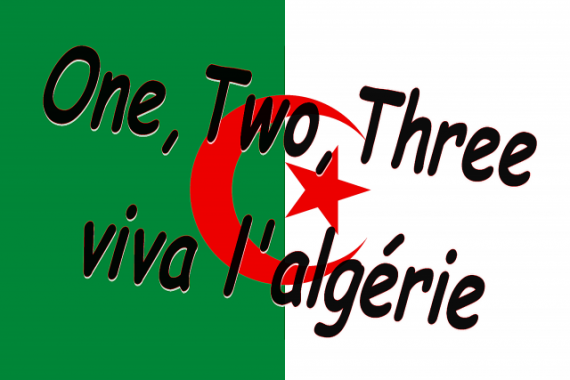 [Too bad more r-r-revolutionaries in the First World won’t do the same. –NP]

Wow. Just wow. If this story is true then the decision taken by the Algerian national football team to donate their World Cup prize money to the people of Gaza is a quite amazing act of solidarity. They had received $9 million for reaching the last 16 in the tournament, before being knocked out by Germany. Following jubilant scenes in Algiers, as the side travelled through the capital on an open top bus, striker Islam Slimani explained the contribution: “they need it more than us.”

And their remarkable act could not have been timelier. The kidnap and murder of three Israeli teenagers has been used by Benjamin Netanyahu as the pretext for yet another air assault on the Palestinian people, despite no evidence linking Hamas or any other organisation to the crime. On the very night that Algeria were narrowly beaten by Germany the first bombing raids were launched over Gaza. The ongoing attacks represent the kind of collective punishment proscribed by international law. As I write there is breaking news that Israel has moved more military units to the Gaza border. In this context the Algerian’s actions are as brave and heroic as their style of football.

Acts of solidarity from footballers, while uncommon, are not unheard of. Brian Clough marched in support of the miners’ strike in the 1980s while Steve McManaman and Robbie Fowler memorably wore t-shirts in support of the Liverpool dockers in 1997. Nor is this the first time footballers have helped to raise awareness of the plight of the Palestinians. When Palestine international Mahmoud Sarsak went on hunger strike to protest his indefinite detention by the Israeli security services he received support from across the world of football.  In 2012 more than 50 professional footballers signed a letter condemning the Israeli airstrikes on Gaza and the decision by UEFA to choose Israel to host the 2013 European Under-21 Championships. Part of their statement read:

“We, as European football players, express our solidarity with the people of Gaza who are living under siege and denied basic human dignity and freedom. The latest Israeli bombardment of Gaza, resulting in the death of over a hundred civilians, was yet another stain on the world’s conscience… Despite the recent ceasefire, Palestinians are still forced to endure a desperate existence under occupation, they must be protected by the international community. All people have the right to a life of dignity, freedom and security.”

But these acts are few and far between, and not only because footballers at the very top of the game lead lives a million miles removed from the rest of us: feted, idolised and showered with incomprehensible riches. It is because we live in a world in which the rich and powerful tell us that ‘solidarity’ is a dirty word. Why? Because it scares them. Every act of solidarity helps to undermine the prevailing ideas that we’re all selfish individuals, simply out to get whatever we can. It undercuts the mantra, one that we’ve heard for thirty years, that there is no such thing as society. And every time someone stands with the oppressed, the poor, the exploited, and every time we give our support to those fighting back – such as those public sector workers striking on July 10th – it points the way to a better future. Not every gesture can be on the scale of these footballers, but they offer a reminder that solidarity is one of the most potent weapons at our disposal. Viva l’Algerie!