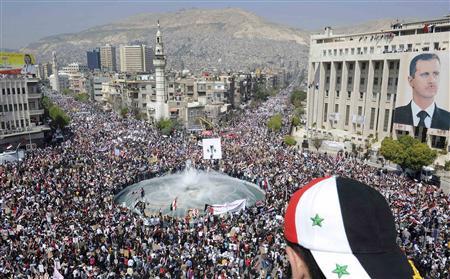 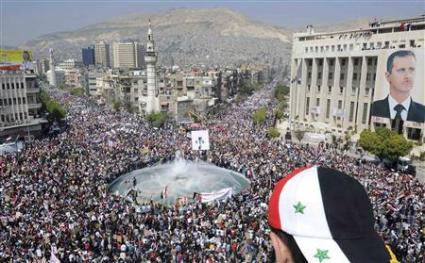 A recent report prepared for NATO exposes the misinformation campaign in the Western media. According to a recent NATO report, the majority in Syria support Assad over his opponents:

“After two years of civil war, support for the regime of Syrian President Bashar Assad was said to have sharply increased. NATO has been studying data that told of a sharp rise in support for Assad…

The data, relayed to NATO over the last month, asserted that 70 percent of Syrians support the Assad regime. Another 20 percent were deemed neutral and the remaining 10 percent expressed support for the rebels.

The sources said no formal polling was taken in Syria, racked by two years of civil war in which 90,000 people were reported killed. They said the data came from a range of activists and independent organizations that were working in Syria, particularly in relief efforts.

The data was relayed to NATO as the Western alliance has been divided over whether to intervene in Syria. Britain and France were said to have been preparing to send weapons to the rebels while the United States was focusing on protecting Syria’s southern neighbor Jordan.

A report to NATO said Syrians have undergone a change of heart over the last six months. The change was seen most in the majority Sunni community, which was long thought to have supported the revolt.”  (1)

We have big differences with the Assad regime. The recent report will strengthen Assad’s position that the fate of the regime should be decided by coming elections, not foreign military intervention. The recent spike in Assad’s popularity will also lead the West will increase the tempo of its efforts to oust the regime.

It is clear that the fall of the regime would lead to a weakening of the region’s ability to resist Western imperialism. The fall of the Assad regime would mean the strengthening of the Gulf States, Israel, Turkey, Jordan, etc. It would mean a weakening of Iran, Hezbollah, etc. Although Russian imperialists have come to the aid of Assad, in our calculations they are far less a threat to the region than the more powerful Western imperialists. Plus, it is almost certain that if push came to shove, Russia would not commit its military to defend Assad even if NATO did so. In our calculations, imperialism as a whole is strengthened by the success of the West in Syria. Defending Syria against Western intervention is the duty of all people of good conscience. Uphold the United Front Against Imperialism! Hold the Red Flag High!