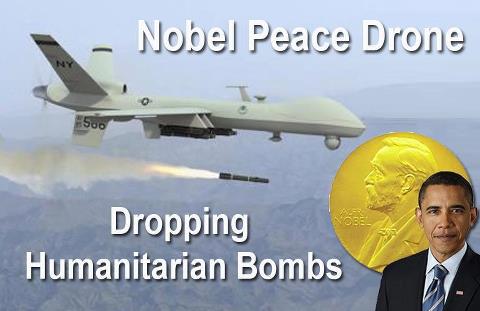 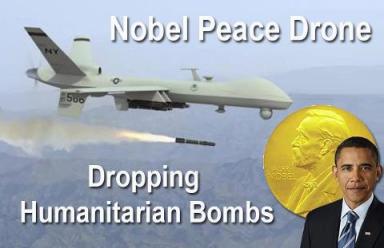 As US drone strikes rise in Yemen, so does anger

By AHMED AL-HAJ and AYA BATRAWY

SANAA, Yemen (AP) — The cleric preached in his tiny Yemeni village about the evils of al-Qaida, warning residents to stay away from the group’s fighters and their hard-line ideology. The talk worried residents, who feared it would bring retaliation from the militants, and even the cleric’s father wanted him to stop.

But in the end it wasn’t al-Qaida that killed Sheik Salem Ahmed bin Ali Jaber.

Al-Qaida fighters, who hide in mountain strongholds near the remote eastern village of Khashamir, did call him out, demanding he meet them one night — apparently to intimidate him into stopping his sermons against them.

Sheik Salem felt he had no choice but to meet them, but a cousin who was in the police insisted on accompanying him as protection, according to the cleric’s brother-in-law, Faysal bin Ali bin Jaber, who recounted the events to The Associated Press.

“Once they arrived to the car where al-Qaida was, four missiles hit,” Faysal said. At home in the village, he heard the blasts — and heard the U.S. drone that struck the cars. “We know the buzzing sound of the drones overhead,” he said.

Yemeni security officials confirmed three militants, along with Sheik Salem and his cousin were killed in the strike last August and that it was carried out by an American drone.

In its covert fight against al-Qaida in Yemen, the United States has dramatically stepped up its use of drone strikes the past year, scoring key successes against one of the most active branches of the terror network. With more than 40 strikes reported in 2012 and nine so far this year, Yemen has become the second biggest front in American drone warfare, after Pakistan.

But the escalation has meant more civilians getting caught in the crossfire.

Civilian deaths are breeding resentments on a local level, sometimes undermining U.S. efforts to turn the public against militants. The backlash is still not as large as in Pakistan, where there is heavy pressure on the government to force limits on strikes — but public calls for a halt to strikes are starting to emerge.

Several dozen activists protested on Monday near the U.S. Embassy in Sanaa, denouncing the strikes. “The drone program is terrorizing our people,” the activists wrote in an open letter to President Barack Obama. “One never knows where the next drone will strike nor how many innocent victims will die.”

At a Senate Judiciary Committee hearing in Washington last week on the drone program, Farea al-Muslimi, a Yemeni whose village had been struck only days earlier, told the senators that drones are “harming efforts to win hearts and minds,” saying drones are now “the face of America” to many Yemenis.

“What violent militants had previously failed to achieve, one drone strike achieved in an instant,” he said.

Faysal bin Jaber said the strike had deepened the fear in Khashamir.

Sheik Salem had spoken in his sermon “about how killing people and labeling people who work with the West as infidels is wrong,” Faysal said.

But after the strike, “everyone who saw that there is no differentiating between us and al-Qaida are asking why don’t we just join al-Qaida since it makes no difference?” he said. The cleric’s widow — Faysal’s sister —now relies on relatives and neighbors for support for herself and her seven children.

While the United States acknowledges its drone program in Yemen, it does not confirm individual strikes or release information on how many have been carried out. Three prominent groups have been compiling data on strikes, mainly from news reports, including the AP’s, based on reports by Yemeni security officials: the London-based Bureau for Investigative Journalism and the U.S.-based Long War Journal and the New America Foundation.

Their estimates on the number of U.S. airstrikes vary — from 44 to 67 since 2002, the majority of them by drones. Compiling accurate data has been even more difficult because until recently, the Yemeni military took responsibility for many strikes apparently carried out by the United States.

All three groups mark a dramatic escalation last year. The Long War Journal, for example, recorded 42 strikes in 2012, up from 10 the year before. The Associated Press has reported on nine strikes so far in 2013.

C.I.A. director John Brennan says the strikes are only used as a last resort against suspects believed to be plotting against America.

“In short, targeted strikes against the most senior and most dangerous AQAP terrorists are not the problem, they are part of the solution,” he said in remarks at the Council on Foreign Relations in August, using the initials of the group’s full name, al-Qaida in the Arabian Peninsula.

The United States says al-Qaida’s branch in Yemen is among the group’s most dangerous and active offshoots. It has been linked to several attempted attacks on U.S. targets, including a botched Christmas Day 2009 bombing of an airliner over Detroit and explosives-laden parcels intercepted aboard cargo flights a year later.

The spike in strikes in 2012 came as the U.S. was backing a Yemeni military campaign to uproot al-Qaida militants and their radical allies who had taken over a string of southern cities and towns. The campaign, including heavy ground fighting by Yemeni troops, largely drove the militants into the mountains and countryside.

The drone strikes have taken out high-level targets in Yemen such as American-born cleric Anwar al-Awlaki, believed to have been a powerful tool for al-Qaida’s recruiting in the West. Most, however, appear to target midlevel operatives. Still on the loose is AQAP’s leader, Nasser al-Wahishi.

Soon after al-Awlaki’s death, his 16 year-old American son, Abdulrahman, and a teenage cousin were killed in a suspected U.S. drone strike. Afterward, Yemeni protesters rallied outside the U.S. Embassy, carrying the teenagers’ pictures and posters that said “U.S. tax payers kill U.S. citizens” and “Where is justice?”

On Sunday, relatives of civilians killed in strikes gathered in Sanaa to raise awareness on the deaths, in the first meeting of its kind, organized by the London-based legal action group Reprieve.

Mohammed Ahmed Bijash told the gathering that his 10-year-old daughter was killed in the southern city of Jaar when a missile hit her school during fighting last year to drive out al-Qaida militants.

“What is the crime we committed for U.S. bombs to hit our homes?” he said at the meeting. “They have turned our lives into hell.”

Hussein Saeed Dahman’s 16 year-old son was knocked unconscious from a drone strike in December while playing soccer with friends in in the city of Shar Hadramawt.

“The sky rained down U.S. missiles and then the kids found body parts in the soccer field,” the father told AP. His son, Hamza, remains bedridden and unable to speak.

U.S. lawyer Cori Crider, who works with Reprieve, said tribal leaders she has spoken to warn the strikes only strengthen support for al-Qaida.

“There is a definitely a branch of al-Qaida here. They are real,” she told AP. “The question is, What is the appropriate response to this?”

“You can’t bomb you way out of an insurgency.”