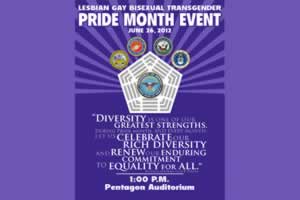 [First Worldist feminism advances or seeks to advance the position of First World women (Whites, Blacks, Gay, Straight, Transgendered, etc.) at the expense of Third World peoples. Below is a good example. Once a “boy’s club,” offices like the CIA’s National Clandestine Service, can be hailed as oh-so-progressive because it is now headed by a glass-ceiling-breaking woman. Here are blatant examples of First World women who are advancing within the oh-so-progressive liberal empire on empire’s terms. These women can be seen as a microcosm of First World women, and peoples, as a whole. First World people have historically had their life options expanded at the expense of continued restriction of  life options of Third World peoples, including Third World women and children. The carnival of First World privilege is only made possible by the creation and maintenance of semi-feudalism and other kinds of extreme patriarchal oppression across much of the Third World. Women and children in the Third World suffer some of the most reactionary forms of patriarchal oppression in the world because imperialism forges an alliance between imperial capitalist, comprador capitalist in the Third World, and the remnants of feudalism in the Third World. First World men and First World women are afforded more possibilities in life because Third World peoples, including women and children, are held in terrible bondage. Third World opportunities are restricted whereas First World opportunities, including the opportunity to head important offices in the security state or, let’s say, the opportunity to head-up a politically-correct eco-village or a punk band, etc. are increased. Just because everything is tainted in the First World does not mean that some paths are not better than others, obviously. Those Leading Lights in the First World must not give into individualism, anarchism, nihilism, hipsterism, etc. Follow the path of the Leading Light to live a life in service to the people, not a life riding on the backs of the people. Women and children in the Third World are reduced to virtual machines or slaves to ensure that imperial prosperity, fun, diversity, etc. is maintained. In the heart of empire, the trend is toward a liberal, social-democratic, feel-good carnival at the expense of the Third World. In the more remote pockets or edges of empire, the trend is more varied. In places like Greece, more on the edge of empire, for example, more traditional fascism — with its emphasis on restricting women to their traditional role — has gained strength. In other words, the contradiction between women may play out differently there. In any case, it is important to distinguish real feminism, proletarian feminism, Leading Light feminism from First Worldist feminism. While it may be important to root up and eliminate pockets of backward thinking within our communities even in the “belly of the beast,” etc., we must always remember that First World women and First Worldist feminism, as a whole,  are not going to be on our side. We must always remember the question of first importance. One of our great Leading Lights of the past, Chairman Mao asked: Who are our enemies? Who are our friends? We must always seek to fight global patriarchy. We must never accept so-called “liberation” on empire’s terms. Feminism that is not thoroughly anti-imperialist is not real feminism. Real feminism opposes First Worldism as a whole.  Our sisters are the vast majority of women in the Third World and their allies, especially their Leading Light allies in both the Third and First Worlds. Let empire brag about their women protectors. Let us bring forward our Leading Lights, women and youth to rid the world of imperialism. Let us bring forward teachers of the future, people’s warriors, guardians of the Earth, Leading Lights. — NP] 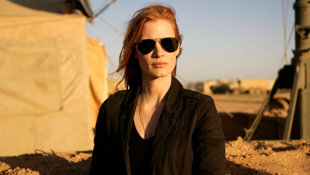 The Woman Protecting America That Nobody Knows

An unnamed woman has been appointed acting head of the CIA’s National Clandestine Service. According to a Washington Post article, this is the first time a woman has ever led the branch that oversees the agency’s covert operations. The woman, who remains undercover, was placed in the top position shortly before John Brennan was sworn in as CIA Director on March 8, but the news only broke on Wednesday. The timing coincides with another first for women in government. Julia Pierson was named director of the Secret Service on Tuesday.

More on Yahoo! Shine: The Most Inspirational Stories of 2012

The woman’s identity is kept secret but according to The Daily Mail, she’s believed to be in her 50s. The Washington Post calls her a “veteran officer with broad support inside the agency” but also reveals her controversial past as the officer who helped run the CIA’s detention and interrogation program after the Sept. 11, 2001 attacks. In 2005, she and her then-boss signed off on the decision to destroy videotapes of prisoners being subjected to treatment critics have called torture. (The destruction was investigated by the Justice Department but no charges were filed.) Both these incidents must be considered in order for her to be given the gig full time.

A former senior U.S. intelligence official who anonymously spoke to “The Washington Post” says she “is highly experienced, smart and capable,” and giving her the job permanently “would be a home run from a diversity standpoint.” However she was “also heavily involved in the interrogation program at the beginning and for the first couple of years.”

Because of her past, says the senior U.S. intelligence official, CIA Director John A. Brennan “is obviously hesitating” at making her role permanent. To help him make the decision, he’s having three former CIA officials evaluate the candidates, a selection process that’s never been used before, said the official.

Promoting women like her and Pierson to senior government roles is a big deal since spy and law enforcement agencies have traditionally been “boy’s clubs”, known to resist the gender diversity that’s occurred more rapidly in other parts of government. The newly appointed women are real-life role models for those who have only seldom had such female figures to look to in Hollywood movies and television shows. Characters such as Sydney Bristow, a CIA agent played by Jennifer Garner in “Alias” (2001), Claire Danes’ character CIA spy Carrie Mathison on “Homeland” (2011), CIA officer Evelyn Salt played by Angelina Jolie in “Salt” (2010) and Maya, a young CIA officer in director Kathryn Bigelow’s 2012 film “Zero Dark Thirty” are rarities in a sea of roles occupied by the Denzel Washington/Matt Damon/George Clooney’s of the world.

These fictitious female CIA officials are often created with the help of a CIA government agency called the Entertainment Liaison Office which collaborates with the film industry on how the CIA is portrayed in the media. According to their website their role is to “give greater authenticity to scripts, stories, and other products in development. That can mean answering questions, debunking myths, or arranging visits to the CIA to meet the people who know intelligence — its past, present, and future. In some cases, we permit filming on our headquarters compound.”

Perhaps the promotion of Pierson and this unnamed CIA official will start to become the norm, both in Hollywood and in real life.