[The dictatorial monarchy in Bahrain is supported and propped up by the United States and its Gulf allies. It is a sectarian dictatorship ruled by a monarch who belongs to the minority Sunni population. The majority of the population is Shia. The Shia there experience discrimination and repression. They have risen up to demand democratic reform. Their peaceful protests have been met with severe political repression by the monarchy and its Western and Gulf state allies. While the West claims to support human rights and democracy in Syria, the West supports the bloody repression in Bahrain. This just goes to show that the imperialists are ultimately about themselves. Their claims to support democracy and human rights are lies. – NP]

Over ten citizens have sustained different injuries after the regime forces in Bahrain opened fire on pro-democracy protesters. The forces used live-ammunition and birdshot pellets aiming directly at bodies and resulting in three serious injuries which need urgent medical treatment.

The forces have also used gas grenades as live-ammunition aiming at the upper parts of the protesters’ bodies in attempt to kill, leaving many injured, with two injuries to the face and head that also need urgent medical treatment.

The regime forces’ use of toxic gas grenade as live-ammunition has previously killed tens of citizens. Last February, Bahrain lost two young men (Mahmmod Al-Jaziri and Hussain Al-Jaziri) both fired at directly at close range by the regime forces. 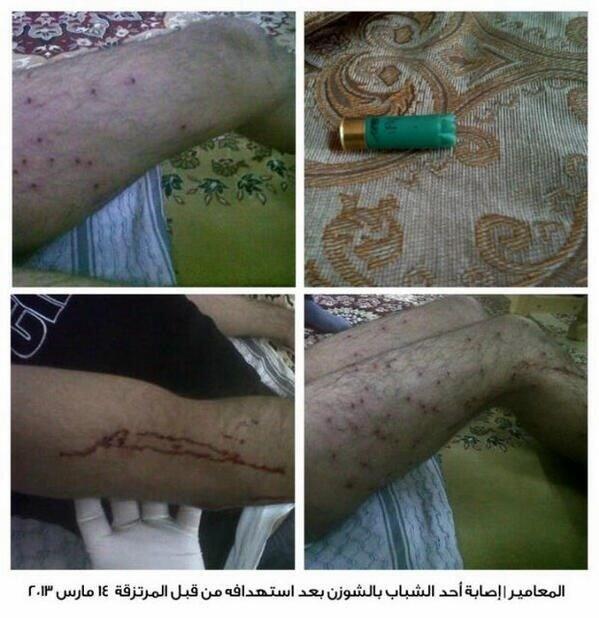 The ongoing killings perpetrated by the regime forces reflect a clear systematic policy carried out under high official orders to use violence against peaceful pro-democracy protesters. 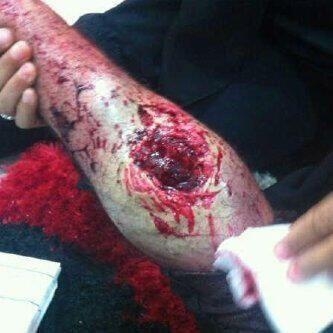