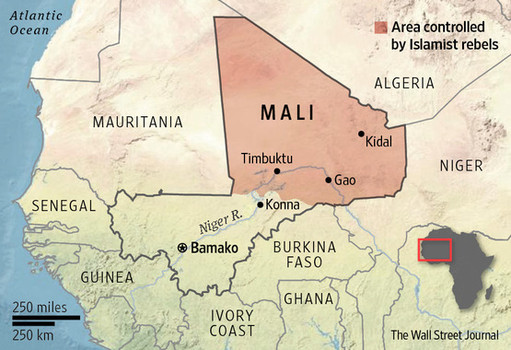 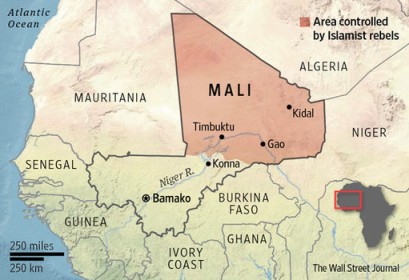 [The West supports the crushing of dissent in Mali. So much for so-called “democracy.” — New Power]

BAMAKO, Mali (AP) — The airwaves in Mali’s capital fell silent on Tuesday and newspapers didn’t print a morning edition in protest over the arrest last week of an editor who published an open letter challenging the salary of the country’s coup leader.

Boukary Daou, editor-in-chief of The Republican newspaper, was taken away by agents from Mali’s intelligence service on March 6, soon after his newspaper published a letter from an army officer denouncing Capt. Amadou Haya Sanogo’s recently-decreed salary of $8,000 per month, an incredibly high salary in the impoverished country. The letter argues that the salary — as much as 26 times what Sanogo earned before last year’s coup — is in fact an incentive for future coups.

Sanogo seized power a year ago last March. Faced with international sanctions, he was forced to relinquish control just weeks later, but succeeded in negotiating a golden parachute for himself, including the salary of an ex-head of state. Despite officially stepping down, country watchers say Sanogo remains the power behind the throne, as Daou’s arrest seven days ago underscores.

The media strike began on Tuesday and “will continue until Boukary Daou is freed,” according to a statement from the country’s press association.

President Dioncounda Traore defended the decision to arrest Daou and said that if he is innocent, he will be freed. Speaking to reporters during a stop in the capital of neighboring Senegal, Traore said the letter published in The Republican was subversive, and aimed to demoralize the nation’s troops at a time of war.

“Mali is in a state of emergency. We all need to remember this. We are in a state of war, and we cannot allow this kind of thing,” he said. “If he is guilty, he will need to answer to the courts. If he is not, there’s no reason he’ll be kept in prison,” he added.

Kassim Traore, the president of the Young Journalists’ Organization of Mali said that Daou has refused to disclose the identity of the officer, who penned the letter under the name Capt. Toure.

In the chaos that followed Sanogo’s coup last year, a mixture of rebel groups allied with al-Qaida occupied Mali’s northern half, plunging the country and the region into crisis. Since January, French troops, helped by Malian soldiers, have been methodically clearing the north. The letter published in The Republican threatened that if Sanogo’s salary is not reduced, soldiers deployed in Mali’s north will refuse to fight. The average salary of a rank-and-file soldier is just $100 per month, 80 times less than what Sanogo is now earning.

The incendiary letter began: “Mr. President, we have learned that while we are dying in the great desert (in northern Mali), Capt. Sanogo, in return for leading a coup that plunged the country into the current situation, enjoys a salary of 4 million francs ($8,000). And the others in his group, in his clan, who are refusing to come fight are enjoying the same treatment,” wrote Capt. Toure. “If this decision (to accord him this salary) is not reversed within the next two weeks, we will cease … fighting.”

A communique read on state television late Monday said Mali’s military had not been able to find an officer of that rank with that name, and urged the press “to be more vigilant in the face of the obscure endeavors (of those) seeking to compromise the unity and discipline of our troops in the field.” The communique added that “the investigation is in progress by the relevant authorities in order to identify the real author of this fake letter whose aim was to destabilize our army.”