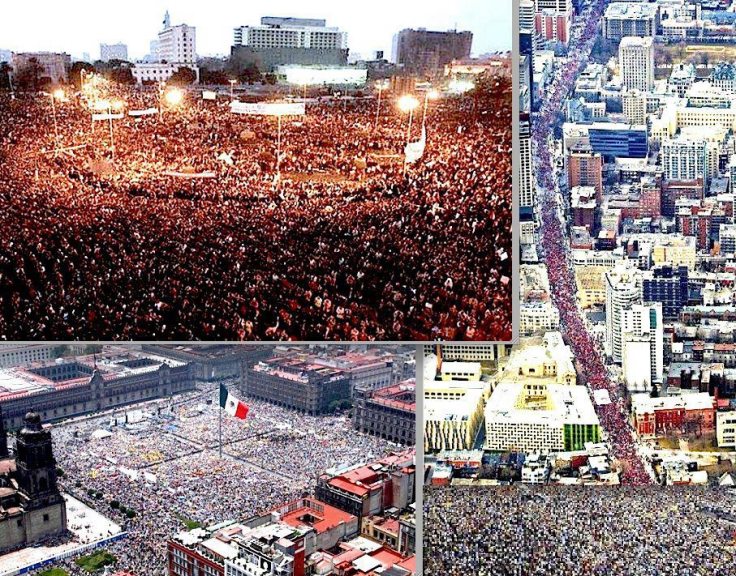 Huge protests are occurring in Mexico over accusations of election fraud. The media has downplayed the events. According to one online source:

“The largest public protests, rallies and demonstrations that the world has ever seen are happening right now – with almost no media coverage. Not only is … there a blackout on these events in the media, but YouTube is frequently removing footage of these mass rallies and events when requested to do so by governments: ‘Google, the owner of YouTube, has complied with the majority of requests from governments, particularly in the United States and the UK, not only to remove YouTube videos, but also specific web search terms and thousands of “data requests”.”

None of the electoral parties in Mexico are revolutionary. However, the protests have a popular character nonetheless. Elections under capitalism are never free and fair. They are always corrupt. Elections, in and of themselves, are never the answer. Even so, such protests can serve as a stepping stone toward more advanced consciousness, as an advance toward more revolutionary demands.