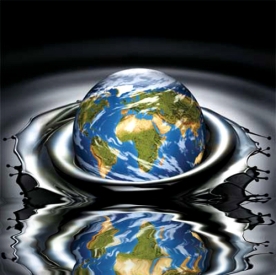 The US, Israel, and the Gulf states are involved in a covert war against Iran and its close allies.  The US and its allies have already imposed sanctions against Iran to weaken its economy. Israel has said it would be willing to act militarily against Iran. The current efforts to topple the Assad regime in Syria, an Iranian ally, is part of this effort. Claims that the US is interested in human rights are completely false. After all, the US and its proxies have been supporting the brutal crackdowns against the protests in Bahrain. The US has also been bankrolling the genocide against the Palestinian people for decades. The US, Israel, and the Gulf states worry that Iran is emerging as a regional power capable of interfering with their interests. As the US prepares for war against Iran, the oil markets will be threatened. In the event of a war, Iran has the power to disrupt oil traffic in the Straight of Harmoz, which sees 20 percent of the world’s oil in danger. Oil prices could double. (1) This could drastically hurt the global capitalist economy, which is already in a state of recession and crisis. Recently, the new Libyan regime, along with Saudi Arabia, have stated that they can increase production in order to help the global economy in such a scenario. (2)

When the West began its campaign to topple the Gaddafi regime in Libya, many so-called leftists , “radicals,” and social-democrats, and other revisionists ran to cheer the effort. They cheered the US-supported regime changes, “color revolutions,” worldwide. Their regime in Libya is now in the pocket of the US and other Western imperialists, actively supporting the war against Syria and Iran. These social imperialists need to be held accountable for their acts. Just because someone claims to be a leftist, anarchist, socialist, or communist does not make them on the side of the global masses. Just because someone uses a Marx or Mao-flavored rhetoric does not make them an ally of the people. Revisionism is very real.