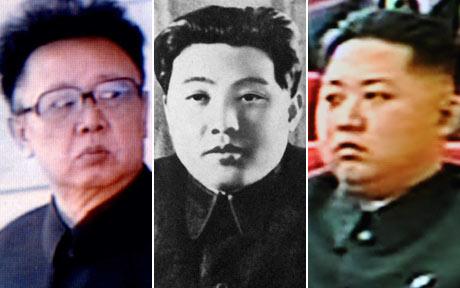 December 19, 2011, northern Korea’s “Dear Leader” Kim Jong-il is reportedly dead at age 69. Kim Jong-il had ruled northern Korea since 1994. He was the third son of Kim Il-sung, the leader of the Korean independence movement, who died at age 82. Just as Kim Jong-il inherited power from his father, now his son Kim Jong-un is set to officially inherit power. Although northern Korea has established a monarchical system, it is not clear how stable the system is. Some observers believe that it is possible that the young, Korean heir will be sidelined in the coming months by more established leaders. It is possible that the imperialists will use the death to their advantage. For now,  the official line from the Korean state can be characterized as “the King is dead. Long live the King!”

Although the mainstream media often points to the northern Korean regime in an effort to discredit socialism and communism, the system in northern Korea is not socialist nor communist-led by any stretch. The revolution there is stagnant. It is not socialist and it is not aiming at communism. It is a bourgeois nationalist regime with many feudal characteristics. Over time, the regime has dropped its pretense of Marxism, instead endorsing Kim’s ideology of Juche, so-called “self-reliance.”  Although Juche is just window dressing in some ways. According to some sources, Marxist classics are not read there except by special permission.  Northern Korean ideology blends bourgeois and nationalist notions of social unity with traditional, feudal, Confucian ones.  Socialism and communism were replaced by nation and family, with Kim and his male heirs taking the roles of great patriarchs (and, also, matriarchs) of the nation-family.