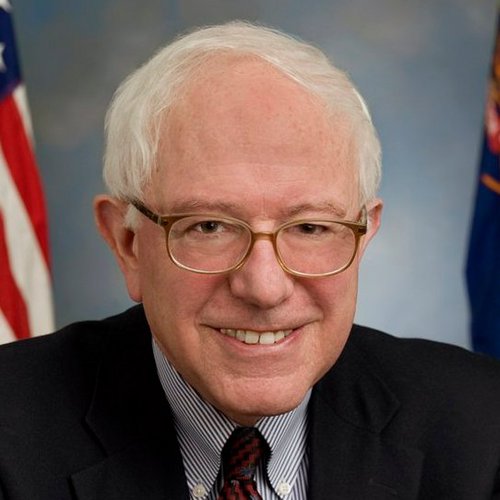 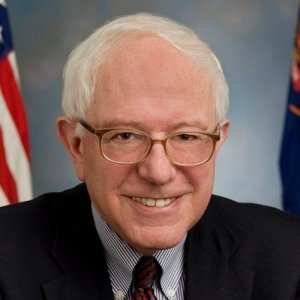 [This is nothing new. Social-democrats have always attacked the proletariat. They have a long history of supporting imperialist war. The thing is that Sanders’ politics are reflective of middle America, working America.  It is not just the richest in America who are imperialist, the American population itself is. So Bernie Sanders is exactly what we should expect from the left wing of America, the left wing of imperialism. — NP]
Senator Bait-and-Switch from Counterpunch

The Myth of Bernie Sanders

Vermont Senator Bernie Sanders has recently been elevated to near godlike status by the political Left in the United States.  Some of his fans have even suggested that he should challenge Barack Obama in the Democratic Presidential Primary.  The more often he is accused of being a socialist by his political enemies on the Right, the more convinced the Left becomes that he surely walks on water.

Although Sanders may have once been a socialist back in the 80s when he was Mayor of Burlington, today, a socialist he is not.  Rather he behaves more like a technofascist disguised as a liberal, who backs all of President Obama’s nasty little wars in Afghanistan, Iraq, Libya, Pakistan, Somalia, and Yemen.  Since he always “supports the troops,” Sanders never opposes any defense spending bill.  He stands behind all military contractors who bring much-needed jobs to Vermont.

Senator Sanders rarely misses a photo opportunity with Vermont National Guard troops when they are being deployed to Afghanistan or Iraq.  He’s always at the Burlington International Airport when they return.  If Sanders truly supported the Vermont troops, he would vote to end all of the wars posthaste.

Senator Patrick Leahy, Senator Bernie Sanders, and Congressman Peter Welch could hardly contain their enthusiasm over the news that Burlington International Airport had been named as a possible site to house the Air Force’s new F-35 fighter jet scheduled to replace the Vermont Air National Guard’s aging fleet of F-16s.  The new high-tech instruments of death will cost $115 million a pop in sharp contrast to the F-16s which cost a mere $20 million each.

From whom might these F-35s protect Vermont?  Possibly, Canada, separatist-minded Quebec, upstate New York, the New Hampshire Free State, or the Commonwealth of Massachusetts?  Why on earth would anyone want to invade Vermont?  Vermont has no military bases, no large cities, no important government installations, and no strategic resources unless you count an aging nuclear power plant.  What if Canada, China, Russia, North Korea, Iran, or even the U.S. Marines were to invade the Green Mountain state?  Just what would they do with it?  Would all of the black-and-white Holsteins be confiscated, or perhaps the entire sugar maple crop be burned?  Imagine trying to enslave freedom-loving Vermonters.  Good luck!

Vermont is too small, too rural, and too independent to be invaded by anyone.  It is a threat to no one.  Furthermore, Vermonters, not unlike the Swiss, tend to stick to their own knitting rather than intruding into the affairs of their neighbors.  Vermont has always been that way and probably always will be.

Major General Michael Dubie, head of the Vermont National Guard, has expressed the hope that the Vermont Guard might be morphed into a center for unmanned drone aircraft.  Sanders, not unlike President Obama, thinks drones are cool.

Sanders is the darling of the American-Israeli Public Affairs Committee and the right-wing Likud government of Israel.  He has done everything within his power to keep the myth of Islamic terrorism alive.  He never questions the U.S. government’s unconditional support of Israeli acts of genocide and ethnic cleansing against the Palestinians.  It is as though these are nonevents.

Last, but by no means least, is the U.S. government-owned Sandia National Laboratories.  For over two years Sanders and former University of Vermont President Daniel Fogel have been encouraging Sandia to open a satellite laboratory in Vermont.  Sandia, whose historical origins can be traced back to the Manhattan Project in World War II, designs, builds, and tests weapons of mass destruction.  The Vermont laboratory envisaged by Sanders would not be involved with nuclear weapons but rather would be engaged in projects related to energy efficiency, renewable energy, and electric grids.  Sandia, interestingly enough, is operated under contract by Lockheed Martin, the largest defense contractor in the world.  Lockheed Martin produces F-35s and drones.  General Dubie, who has close ties to Lockheed Martin, recently received an honorary doctorate from UVM.  No one at UVM seems to care whether or not the University gets in bed with a manufacturer of atomic bombs.

Bernie Sanders loves to rail against Corporate America, Wall Street, and the super-rich, but has nothing to show for it.  He’s done little to constrain their power and influence.  But everybody on the Left loves Bernie.

Thomas H. Naylor is Founder of the Second Vermont Republic and Professor Emeritus of Economics at Duke University; co-author of Affluenza, Downsizing the U.S.A., and The Search for Meaning.

One thought on “The Myth of Bernie Sanders”